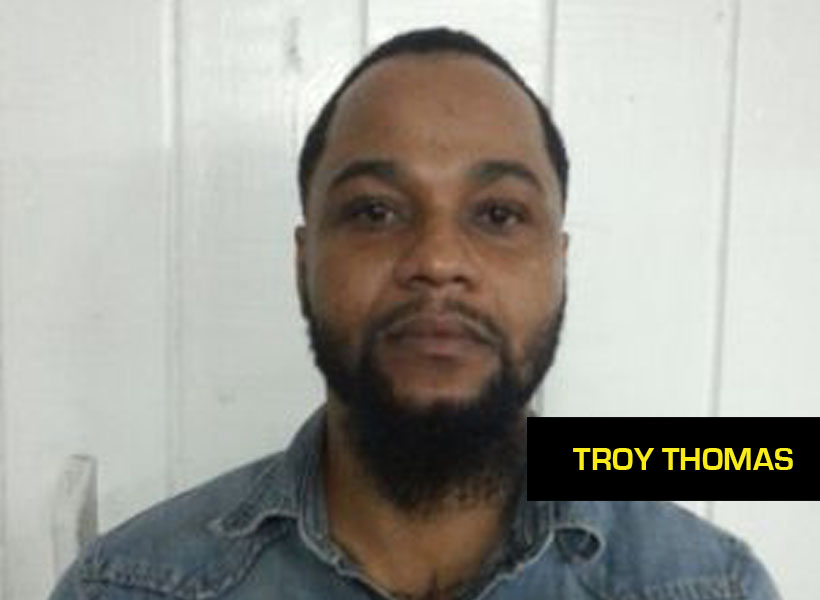 A highly anticipated ruling by the High Court on whether a Magistrate can hear extradition proceedings for US murder suspect, Troy Thomas will be handed down on or before June 15, 2018, by Justice Jo Ann Barlow.

This announcement was made this morning (June 4, 2018) after the Judge expressed satisfaction that some of the issues raised by lawyers for the State and the murder suspect were properly vetted.

Thomas, a Guyana native, is fighting extradition back to the USA, where he is wanted for the December 11, 2011 murder of 20-year-old Keith Frank which occurred in Richmond Hill, New York.

Frank, a father of one, who moved from Guyana to the US when he was 12, was shot and killed outside a Richmond Hill, New York party where he had, ran into some other men with whom he had an ongoing “beef.”  It was reported that Thomas fled to the Canada hours after allegedly committing the crime.

However, about a week after lawyers for the murder suspect moved to the High Court in a bid to have the Magistrate barred from hearing the extradition proceedings.

Among other things, lawyers for the murder suspect, Nigel Hughes, Bernard DaSilva and Darren Wade, have argued that the Magistrates’ Courts does not have jurisdiction to hear the extradition proceedings. The lawyers have further argued that Thomas is a citizen of Guyana and is entitled to the protections of the provisions of the Constitution of Guyana.

The Magistrate has since put a hold on the extradition proceedings pending the High Court ruling.

In the meantime, Thomas is a remand prisoner.

Referencing certain sections of the Fugitive Offenders Act of 1988, lawyers for Thomas are contending that only the Minister of Public Security is vested the power to issue an authority to proceed with the extradition hearing to the Chief Magistrate.

In a Fixed Date Application, the lawyers for the murder suspect outlined a total of 27 grounds in support of their request to have the Magistrate barred from hearing the matter. One of them states that Thomas is being unlawfully detained and subject to the legal process unsupported by any legal basis or foundation

On the other hand, the Solicitor General and other lawyers appearing for the State have insisted that the Fugitive Offenders Act makes provisions for Thomas to be transferred to the US to face criminal proceedings.

The lawyers have asked the court to consider that, among other things, there have been arrangements between some countries whereby an accused person, in this case Guyana born Roger Khan, was rendered to the US after being captured in Suriname, without facing extradition proceedings.

State lawyers have further asked the court to take  note of a recent extradition order handed down by the US Supreme Court for Marcus Bisram, who is wanted here for murder, to be sent back in the view of facing a preliminary inquiry into the murder of (Berbice carpenter) Faiyaz Narinedatt.

The lawyers have emphasized that the extradition order shows a relationship between Guyana and the US as it relates to fugitive offenders.