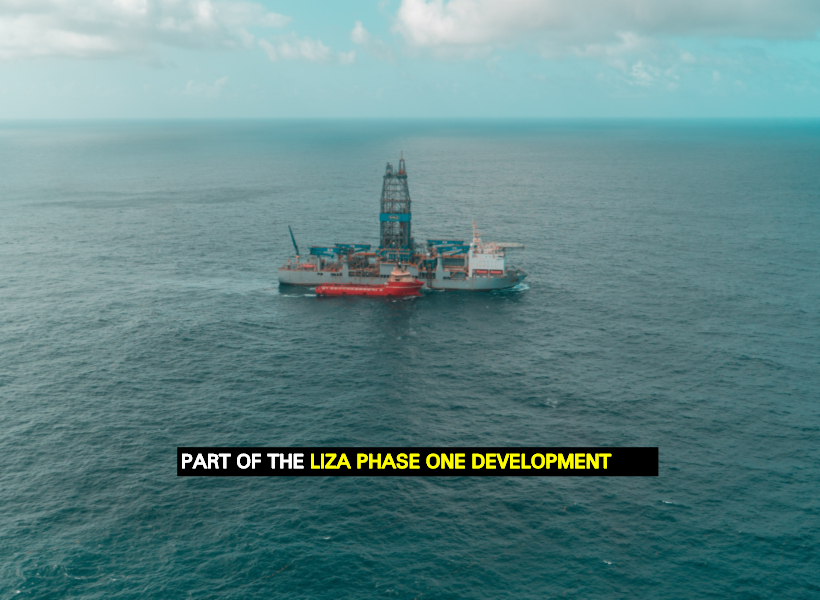 The development of Liza Phase One is making considerable progress. In fact, several ministers, members of the diplomatic community and ExxonMobil’s contractors, assembled at the Cara Lodge Courtyard earlier this evening, to commemorate this significant time in Guyana’s history.

Officials noted that development drilling began in May for the first of 17 wells planned for Phase One. This they said would lay the foundation for production startup in 2020. ExxonMobil representatives also noted that in partnership with Hess Guyana Exploration Limited and CNOOC Nexen Petroleum Guyana Limited, they have so far discovered recoverable resources of more than 3.2 billion oil-equivalent barrels in the Stabroek Block.

Furthermore, ExxonMobil executives noted that the company is well on its way to producing oil in less than five years after its first discovery. They emphasized that this is well ahead of the industry average for similar projects.

Liza Phase One is expected to generate over $7 billion in royalty and profit oil revenues for Guyana over the life of the project. The project involves the conversion of an oil tanker into a floating, production, storage and offloading (FPSO) vessel named Liza Destiny, along with four undersea drill centres with 17 production wells. Construction of the FPSO and subsea equipment is underway in more than 12 countries.

During the rounds of toasts tonight at Cara Lodge, ExxonMobil’s Country Manager, Rod Henson noted that about 50 percent of ExxonMobil’s employees, contractors and subcontractors are Guyanese. He said that this number will continue to grow as operations progress.