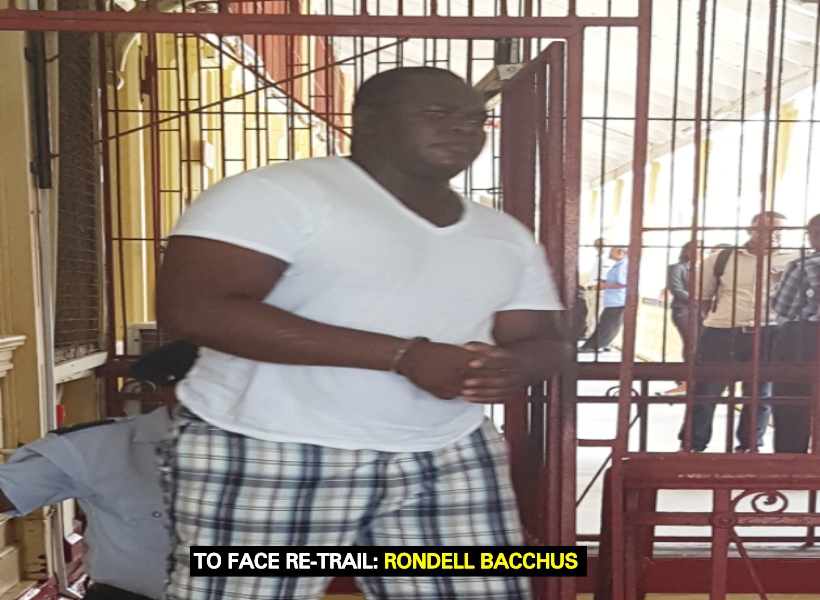 Rondell Bacchus, who is charged with the July 2008 murder of scrap metal dealer Alli Akbar, is expected to face a second re-trial in the ongoing Demerara assizes.

Bacchus, formerly of Sophia, Greater Georgetown, is alleged to have murdered Alli, on July 24, 2008, during the course of a robbery.

According to reports, on the day of his demise, Alli withdrew about $2.1 million from a city bank and went with his wife to another city bank after which he proceeded to Brickdam to transact business with an auto dealer.

He had parked and, along with his wife, exited the vehicle when two men rode up on a motorcycle and snatched the bag containing the money which his had.

The men then rode away. But Alli gave chase, and one of the bandits shot him in the chest. The injured man was taken to the Georgetown Public Hospital where he eventually succumbed.

At the commencing of the ongoing Demerara assizes, Bacchus, who was accompanied by his Attorney-at-Law Nigel Hughes, was arraigned before Justice Sandil Kissoon at the High Court in Georgetown.

However, the commencement of his trial was deferred until due course, in other words, until a date convenient by the defence and prosecution which is supposed to be led by State Counsel Lisa Cave and State Counsel Orinthia Schmidt.

According to records, Bacchus was first tried for the offence in 2014, before Justice Navindra Singh. That trial, however, ended in a hung jury, in other words, the jurors were unable to arrive at a verdict.

The matter came up again in 2016 at the Demerara assizes, this time, before Justice Priya Sewnarine-Beharry.

But like in Bacchus’s first trial, the jury in this trial was unable to reach a verdict, and as a result, another re-trial of Bacchus was ordered by the judge.