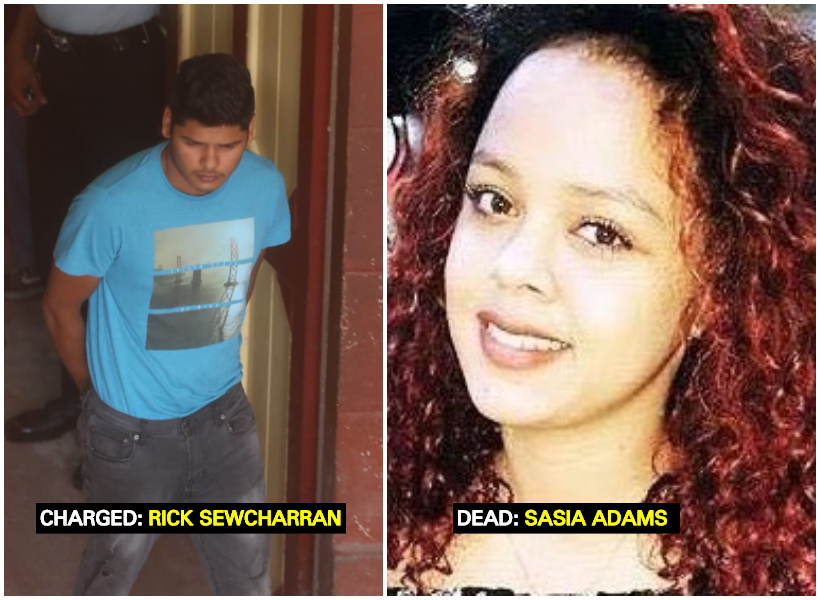 Rick Sewcharran, 21, was today arraigned in court on a manslaughter charge following the death of his girlfriend, who according to reports, died days after she allegedly jumped from a moving car.

Sewcharran of Diamond, East Bank Demerara appeared before Chief Magistrate Ann McLennan who read to him the indictable charge.

It is alleged that on June 10, 2018, he unlawfully killed 19-year-old Sasia Adams, who had been employed at the Princess Ramadan Hotel, Providence, East Bank Demerara.

Sewcharran, who retained Attorney-at-Law Sanjeev Datadin, was not required to enter a plea.

According to a statement from the Police, on the night of June 10, 2018 Adams and her boyfriend were travelling along Lamaha Street, Georgetown in a white Toyota 212 motor car when she opened the door and leapt from the car.

The Police said that the boyfriend picked up the woman and transported her to the Georgetown Public Hospital where she died.

Government Pathologist Dr Nehaul Singh gave her cause of death as blunt trauma to the head.

During a petition for bail, Datadin said that Sewcharran has found himself at the centre of an unfortunate accident, noting too, that his client has at all times maintained his innocence.

According to the lawyer, his client has maintained that his girlfriend jumped from the moving car, which caused her to sustain severe head injuries.

Police Inspector Gordon Mansfield, a Prosecutor attached to the chambers of the Director of Public Prosecutions (DPP), had no objections to the accused being released on bail.

As a condition of bail, Sewcharran was ordered to lodge his passport with the court and to report to the Alberttown Police Station, every Friday until the hearing and determination of the preliminary inquiry.

Adams, who hails from Pomeroon, Essequibo, had resided at East Street, Georgetown up until her demise, was laid to rest on Saturday, June 16, 2018.