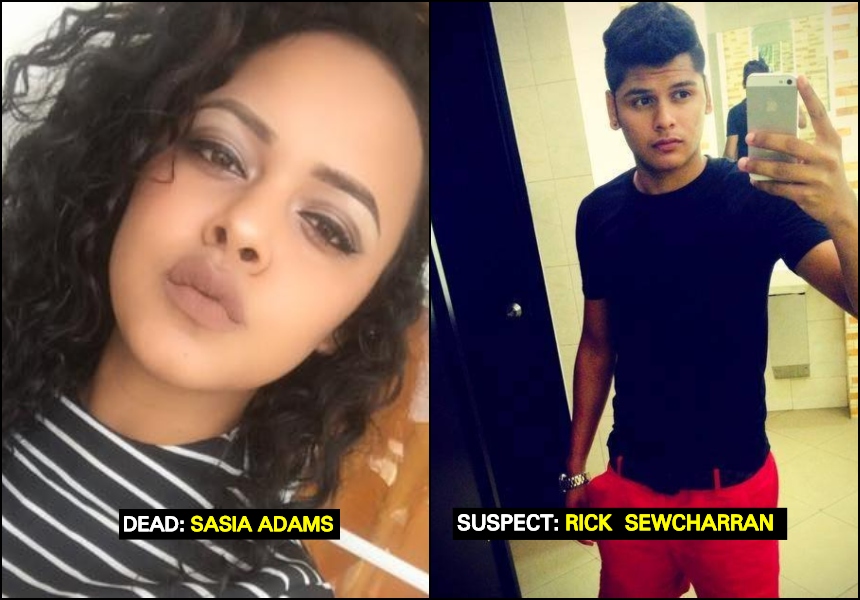 Director of Public Prosecution (DPP), Shalimar Ali Hack has advised the Guyana Police Force to institute charges of manslaughter against the boyfriend of 19-year-old Sasia Adams. She is the young woman who allegedly jumped from a moving car two Sundays ago.

The file was sent to the DPP’s office early this morning and by midday, it was returned to detectives.

The suspect, Rick Sewcharran, is likely to be charged later today or early tomorrow with the murder of the Ramada Georgetown Princess Hotel receptionist.

Adams was traveling in the car of her 21-year-old boyfriend around 20:30 hrs two Sundays ago on Lamaha Street, Georgetown when she allegedly jumped from the moving vehicle. The woman died two days later at the Balwant Singh Hospital due to blunt trauma to her head.

However, a post-mortem examination revealed that her injuries are not only similar to those sustained by an accident victim, but also someone who had been hit to the head with an object.

Sewcharran reportedly told detectives that it was during an argument that Adams threatened to jump out of the vehicle but since she made similar threats before, he did not take her seriously.

But investigating ranks did not believe Adams actually jumped from the moving car.

“For one, when someone jumps from a moving car, they will have abrasions. Sasia only had about two scratches on both hands and a big dent at the back of her head. Two scratches don’t prove she jumped from a car,” a detective explained.

He added too, that the boyfriend has provided the woman’s family members with conflicting details surrounding her death.

According to information received, Sewcharran had called one of Adams’ sisters and told her that the 19-year-old had been hospitalized in an unconscious state after falling at home. But, he informed police ranks that there was an argument during which his girlfriend jumped from his car.

Adams’ family members believed that there was indeed an argument but insisted that the row turned into murder.

They claim that the suspect had been living temporarily with the 19-year-old at her East Street, Georgetown home.

“After we get the news and we went to her home, there was wet paint on the wall, and that wasn’t there before. We believe the two of them had a fight and he held onto her and bang her head onto the wall, and maybe sometime later, he painted over the spot,” a relative lamented.

Detectives had found also found a curtain at Adams’ home which was covered with paint.