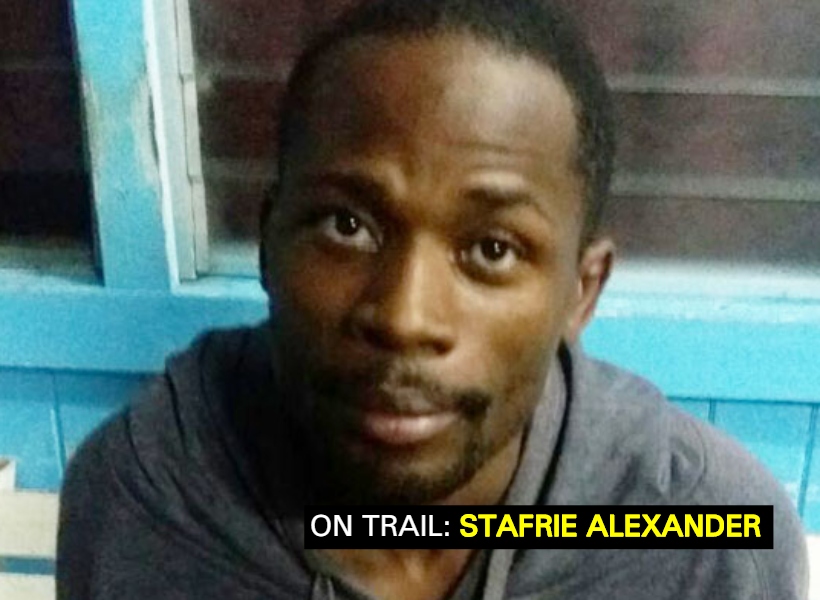 Stafrei Alexander, who was among the inmates who broke out of the Camp Street prison last year, was this morning (June 20, 2018) arraigned before Justice Sandil Kissoon before whom he will face another trial for attempted murder.

Particulars of the charge against Alexander allege that on March 23, 2015 in the county of Demerara, he discharged a loaded firearm at Curtis Thom with intent to commit murder.

This is the second time Alexander is being tried for the offence. His first trial before Justice Brassington Reynolds late last year.

At the end of that trial, the jury had convicted Alexander for the offence. The proportion of the verdict was nine guilty to three not guilty. However, the trial judge later discovered that one of the jurors was under the age of 18.

That underage juror was duly discharged and the remaining 11 deliberated and found Alexander guilty by a 9-2 proportion. Justice Reynolds had noted then that because the panel was 11 and not 12 jurors, the Court could only accept a verdict in proportion 10 -1 as a majority.

Hence, the Judge discharged the panel after ruling that the trial ended in a hung jury. Thereafter the judge ordered a re-retrial for Alexander.

Defence Counsel, Stanley Moore, and the team of lawyers representing the State, agreed with the decision taken by the Court.Given the ruling of the Court, Alexander was remanded to prison to await his trial at another possible sitting of the assizes.

When Alexander was brought to court this morning, he once again pleaded not guilty to the charge and was remand to prison until Monday, (June 25, 2018), when his trial will commence.

According to the prosecution, on the day in question Thom held a christening at his Laing Avenue, Georgetown, residence to welcome his baby daughter. When the event ended, and the guests left in the wee hours of the following morning, Thom went to the back of the property to clean up and feed his dogs.

Moments later, Alexander reportedly walked past Thom and grumbled something which Thom did not hear. But as Thom was entering his house in a backward position, he saw Alexander standing next to him holding what appeared to be a shine gun.

Alexander allegedly shot Thom twice and the victim collapsed to the ground and began bleeding. The injured man underwent surgery and was hospitalized for seven weeks. Thom was able to see his shooter with the aid of lights attached to his home and surrounding buildings, the prosecution disclosed.

State Counsel Lisa Cave and State Counsel Orinthia Schmidt are appearing for the prosecution in this re-trial.