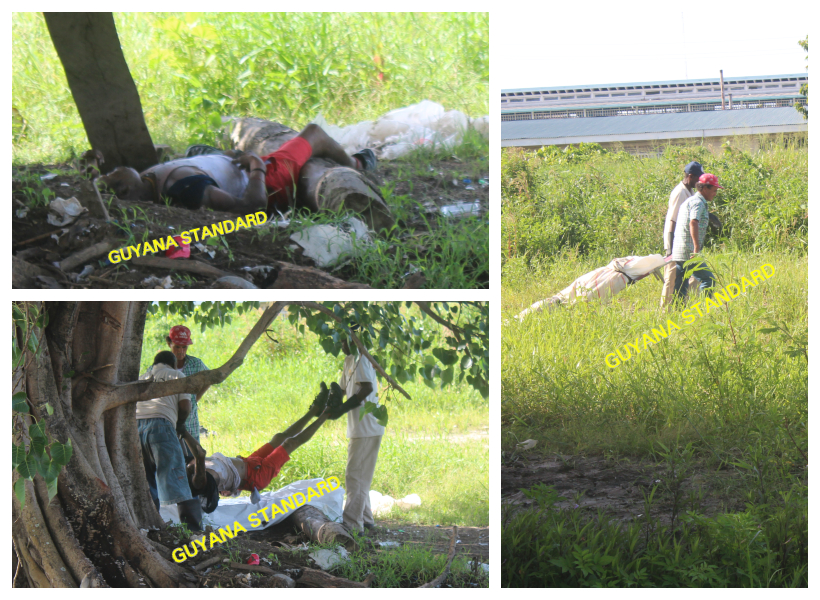 The lifeless body of a man was found earlier today under a tree at the Lamaha reserve, opposite Peter Rose Street, Queenstown.

Police were able to identify the vagrant only as “Die-Die.” The man’s body was discovered by passersby who informed officials at Integrated Security Services. The company then summoned the police.

Die-Die’s body was clad in a white vest, red pants and black boots. He was last seen wearing the same clothes on Friday afternoon. The Guyana Standard was told that when the body was found, blood was dripping from the deceased’s nose. A friend of the deceased told cops that on Saturday; she passed and saw her friend lying under the tree. The woman said that she called out for “Die-Die” but there was no response.

According to information received, the vagrant sleeps under a stand on Camp Street. He imbibed regularly under the tree at the Lamaha reserve. His body was taken to the Lyken Funeral Parlour as police continue to investigate.