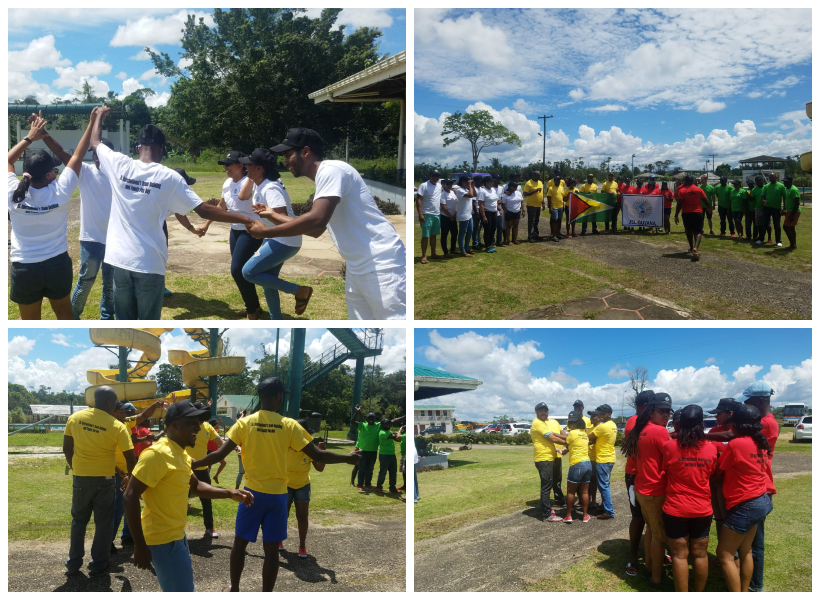 Facebook
Twitter
Google+
Pinterest
WhatsApp
JSL International Guyana on Saturday last honoured the first batch of Guyanese crew members onboard the ExxonMobil-contracted Noble Bob Douglas drillship. The group of Guyanese workers and their families were treated to a fun-filled day at the Jubilee resort in Timehri, East Bank Demerara.
The company, which has 54 Guyanese on staff, held its first reward and recognition event, where some 15 of its Guyanese workers were awarded for their outstanding performance onboard the drillship.
They were rewarded with cash and grocery vouchers. Camp Boss, Ceon Cameron copped the top prize. The Guyanese commenced working with JSL International Guyana in September 2017 and gained international experience on another oil rig in the Caribbean before transitioning to the Noble Bob Douglas in 2018.
At the gathering on Saturday, officials at JSL International Guyana reiterated the company’s commitment to capacity building for Guyanese in this new industry, with the continuous recruitment of Guyanese crew members, not only for Guyana but for other projects in the Caribbean and worldwide.
Additionally, the company said that crew members have the opportunity to learn new skills both on and off board by participating in on the job training.
The Guyana Standard was informed that the pioneering group of six drilling crew and 14 catering crew members—all Guyanese—got the opportunity to join the ship on its voyage from the New Orleans, United States of America to commence work on the Liza Phase project in Guyana.