Home News Crime “I should have killed that b**ch” 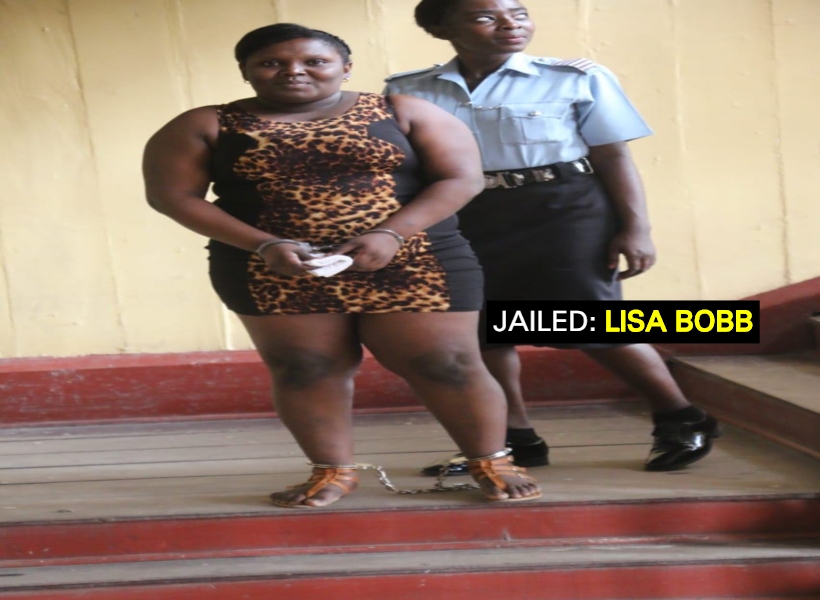 A woman, who is well known to the authorities and is before the court on a number of charges, was today sentenced to 12 months imprisonment for stabbing her cousin to her left arm.

Lisa Bobb, 27,  a mother of one,  of 84 Campbellville Housing Scheme was on trial before Principal Magistrate Judy Latchman in the Georgetown Magistrates’ Courts, for feloniously wounding her relative.

Bobb had initially pleaded not guilty to the charge which alleged that on February 14, last, at Campbellville Housing Scheme; she unlawfully and maliciously wounded Crystel Bobb, with intent to maim, disfigured or caused her actual bodily harm.

Today, when Bobb was called upon to give her evidence, she gave an unsown testimony to the court. Bobb declared, “I am not sorry for what I did. I catch a bitch and I deal with her because I was provoked.”

Bobb went on to tell the court that on the day in question, she was walking heading home, when she pulled out a knife from her bag and stabbed her cousin to the arm. Bobb made it clear that she “does not like her cousin.”

In handing down the sentence, Magistrate Latchman told the court that she relied on the evidence by the eight witnesses who testified on behalf of the prosecution. She noted that their evidence was not discredited.

According to the Magistrate, she believed the story told by Crystel Bobb. The magistrate also said that Bobb’s demeanour in the witness box was “impressive.”

Bobb was advised by Magistrate Latchman to control her anger.

Upon hearing that she was going back to jail, Bobb began behaving in a disorderly manner, while the Magistrate was still seated on her bench.

She began shouting “Madam are you kidding me. Twelve months for defending myself. Are you freaking kidding me? I need justice.”

According to information, on the day in question the two cousins were involved in an argument and Bobb became annoyed and dealt her cousin several stabs to her upper left hand.

The injured woman was rushed to the Georgetown Public Hospital Corporation (GPHC) where she underwent emergency surgery. The woman spent five days hospitalized and her injuries were listed as serious.