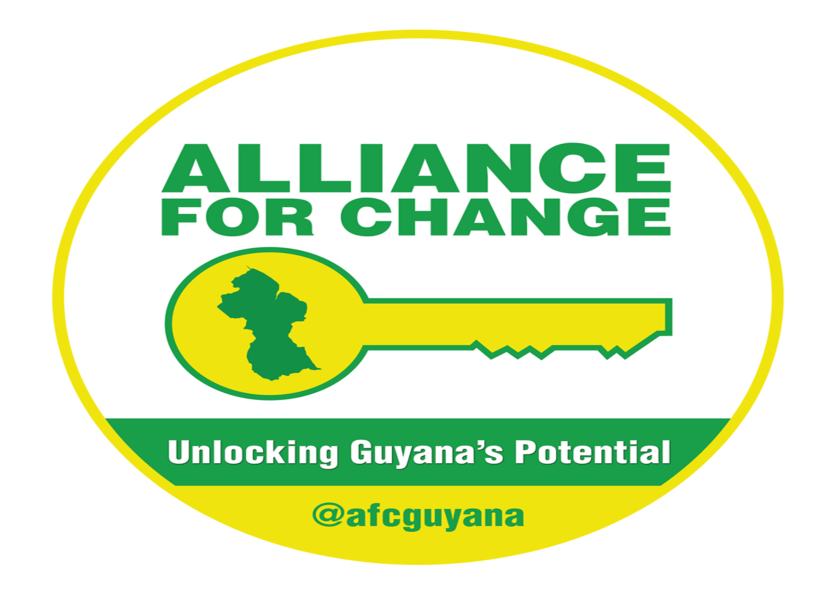 The Alliance For Change (AFC) is of the firm view that the decision of the Caribbean Court of Justice (CCJ) on presidential term limits in Guyana is in keeping with the spirit of the Constitution.

In a statement to the media today, the Party noted that presidential term limits are an essential feature of modern democratic societies to which Guyana has subscribed. It boasted that it knew all along that the challenge to the presidential term limits by a mysterious citizen, Cedric Richardson, was a manifestation of Opposition Leader, Bharrat Jagdeo’s unnatural obsession with power.

The Party said, “This case was not about the rights of Guyanese which are protected by the Constitution, it was not about freedom of choice, it was a last ditch attempt by Jagdeo and his acolytes to shamelessly attempt to grab power through the back door…This case was about Jagdeo accessing Guyana’s oil wealth and doling out the remaining oil blocks to his friends and cronies.”

The AFC said that even if Jagdeo were to run again, it is confident that the citizenry would once again reject him. The Party said, “Guyanese no longer wish to be subjected to the oppressive and autocratic rulership of this political despot.”

The Alliance For Change also reminded of Jagdeo’s legacy which it said is characterised by division and depression. AFC claimed that Guyana had collapsed into a narco-economy and became pariah state ruled by drug lords and criminal gangs to whom Jagdeo relinquished power.