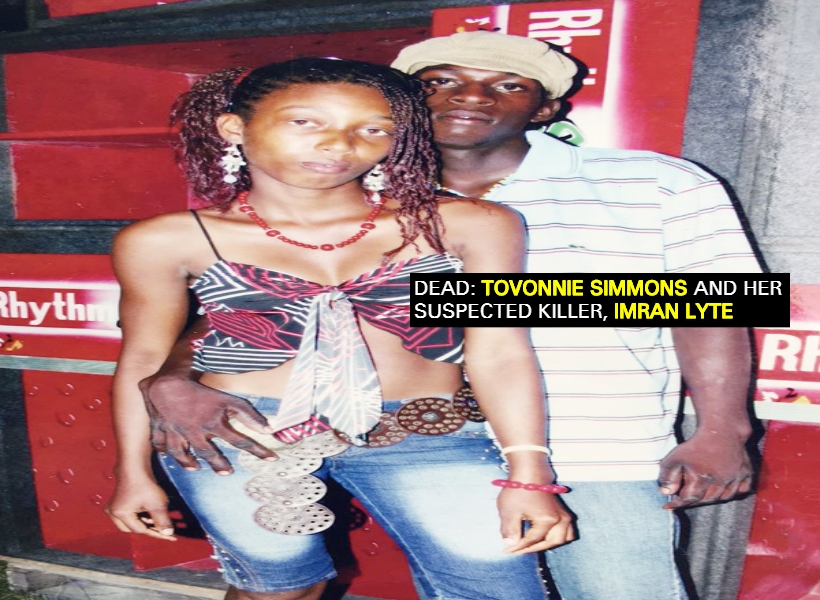 The 28-year-old man who brutally stabbed his estranged wife, Tovonnie Alexi Simmons before slitting her throat at Limlair, Corentyne, Berbice on Wednesday night, has died.

Police say that the murder suspect, Imran Lyte took his last breath at the Port Mourant hospital Sunday night while under police guard. Lyte had reportedly consumed a poisonous substance after killing the mother of his four children during an argument.

A Post Mortem examination revealed that Simmons, a mother of four died from shock and hemorrhage due to multiple stab wounds.

According to information received, the victim moved into the home of her mother, Jacquelyn Henry, a few months ago after suffering from physical abuse at the hands of the suspect. But a determined Lyte tried on numerous occasions to win her back.

Henry said when her daughter turned down the suspect’s offer; he got upset and threatened to kill her. He even attacked one of the victim’s brothers two Sundays ago by chopping him on the hand. A police report was made at the Whim Police Station but the suspect was never arrested.

On the night of the murder, the police said that the suspect went to the woman’s home to discuss the chopping incident but an argument erupted. This resulted in the farmer pulling out a knife from his back pocket and stabbing Simmons.

Simmons’ mother was at home but before she realized what was happening, the young mother had already run out of the house and jumped from a verandah to escape the suspect. Lyte eventually caught up with Simmons after she collapsed about 200 meters from the scene.

Guyana Standard was told that the suspect stood over a bawling Simmons on the road, stared at her, bent over to slit her throat and finally, ran away from the scene.

Simmons was pronounced dead at the Port Mourant hospital.