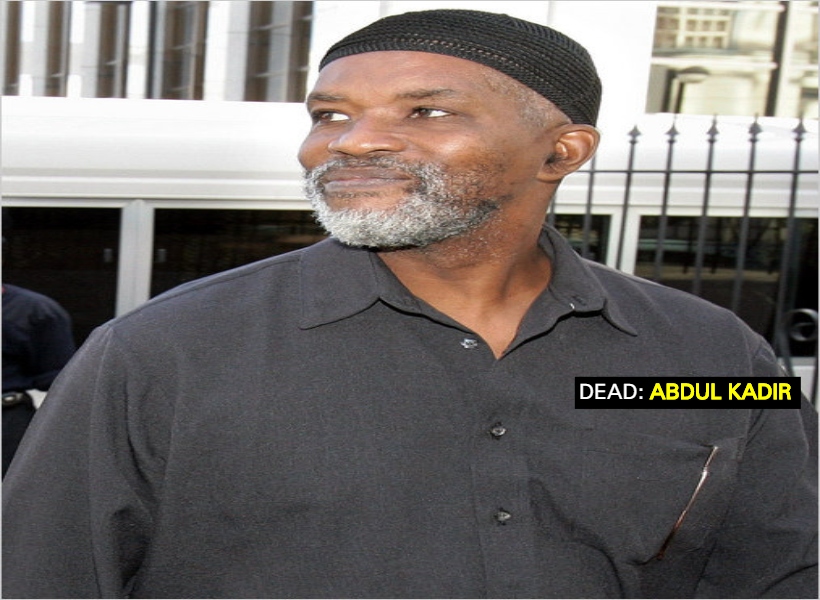 Former Linden Mayor and Parliamentarian, Abdul Kadir died this morning in a US prison, 11 years after being jailed for conspiring to blow up fuel tanks at the John F. Kennedy International Airport in Queens, New York.

The 66-year-old Guyanese was taken to a clinic in the prison this morning after complaining of feeling unwell. He died shortly after.

The deceased’s son, Kareem, confirmed that they received a call from US officials this morning about his father’s death.

Kadir and his Guyanese co-conspirators, Russell De Freitas and Abdel Nur, along with Trinidadian Kareem Ibrahim, were accused of hatching a plot to blow up a system of jet fuel supply tanks and pipelines that feed fuel to John F. Kennedy International Airport (JFK).

The plot was hatched in 2006 and the suspects had allegedly nicknamed it the “Chicken Farm.”

Kadir and De Freitas were sentenced by a US court to life in prison in 2010 after being convicted. In 2012, Ibrahim was given the life sentence while Nur was jailed for 15 years.

Although Kadir continued to maintain his innocence, the Police in the US were able to obtain a recorded conversation between the suspects—and another individual, who became the key witness in the court trial.

Additionally, it was discovered that the men had made attempts to reach out to another Islamist terrorist group to join the gang.

Investigators were also said to be probing a possible Iranian connection to the plot since Abdul Kadir had planned to visit that country. In fact, he was arrested in Trinidad and Tobago while he was en-route to the Islamic state.