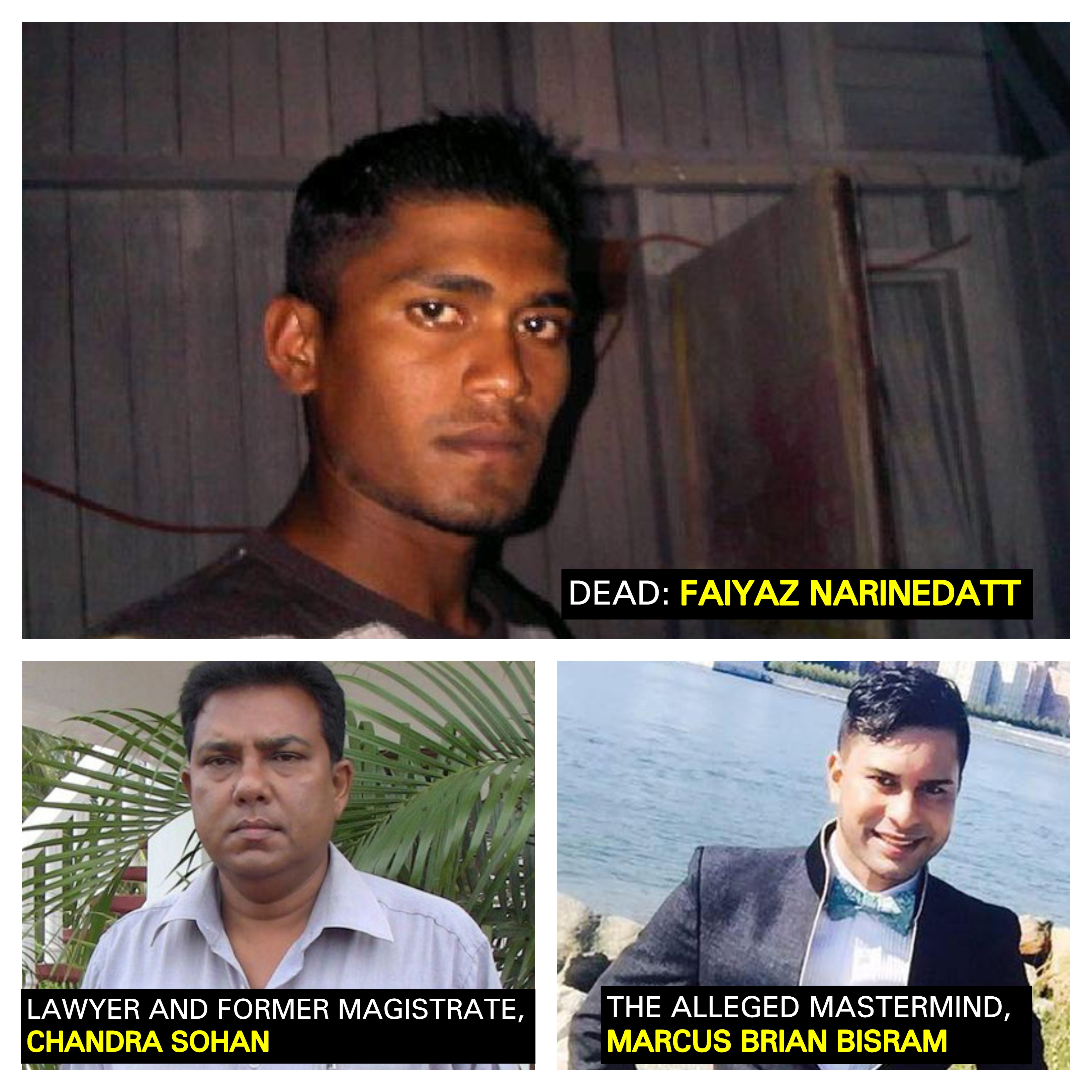 The murder investigation of Berbice carpenter, Faiyaz Narinedatt took a further twist this morning when the police instituted an obstruction of justice charge against embattled lawyer and former magistrate, Chandra Sohan.

The lawyer appeared before Magistrate, Alex Moore at the New Amsterdam Magistrate court and was charged with obstruction of justice.

He was placed on self-bail and is expected to make another court appearance on July 11, 2018. Additionally, Sharmilla Inderjali, the mother of Marcus Brian Bisram—the alleged mastermind in the carpenter’s death– was also charged.

Inderjali appeared before Rabindranauth Singh at the Springlands Magistrate Court and was placed on $50,000 bail. The case was transferred to the Georgetown Magistrate’s Court. It is expected to be heard again on July 5, 2018.

Further to this, it was alleged that in July 2017, the former magistrate along with Inderjali coerced one of the witnesses in the murder investigation, on what to say during one of the hearings of the preliminary investigation.

The lawyer was arrested in that same month but the police were only able to lay charges this morning based on recommendations from the Director of Public Prosecution, Shalimar Ali-Hack.

The Guyana Standard was told that obtaining evidence from witnesses against the former magistrate took some time.

“We are determined to get justice for the victim and anyone who tries to interfere in this process will face the penalty,” one of the investigating ranks noted.

On November 1, 2016, Bisram was hosting a party at his home in Berbice during which he reportedly made sexual advances to Narinedatt, who rejected by slapping the US-based Guyanese. It is alleged that the businessman ordered his workers to get rid of the victim and promised to “take care of any consequences.”

This news agency was informed that the carpenter was viciously attacked by several persons. His body was then placed on the public road and ran over by a car to make it appear to be a hit and run.

While the case was initially being probed as an accident, ranks from the Force’s Major Crimes Unit stepped in and several persons were arrested after a witness came forward and revealed what had happened to the father of two.

Five persons, Orlando Dookie, Niran Yacoob, Deodat Datt, Radesh Motie, and Haripaul Parsram have since been charged with the murder of the carpenter. The alleged mastermind who fled the country after the murder was arrested in the United States and is awaiting extradition to face murder charges.