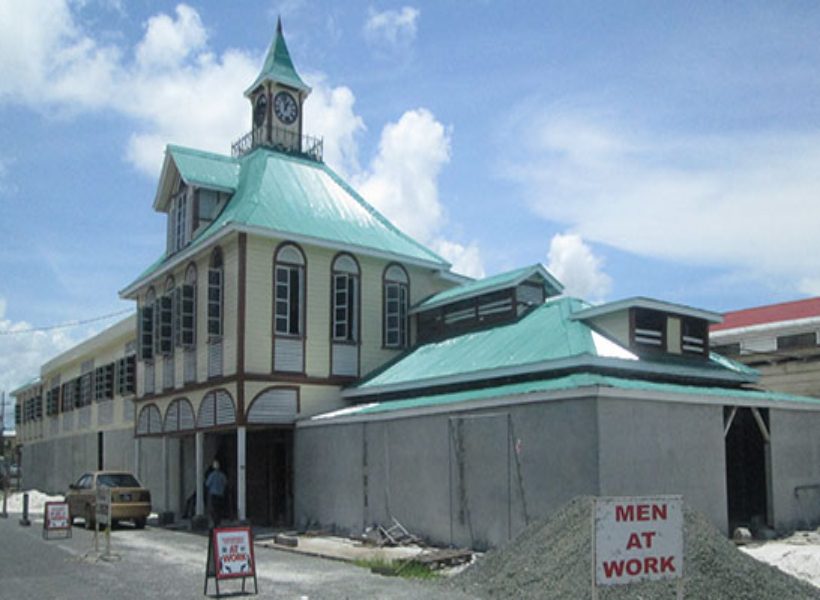 The Mayor and City Council (M&CC) of Georgetown is now on the move to divert some $50M from the Kitty Market project to finance emergency drainage works in south Georgetown. This means that the completion of the Kitty Market will be further stalled.

The estimated $200M facility which has been under construction since 2016, is the subject of many discourses within the public domain. Many, including several members of civil society, have spoken out against the council; accusing it of pussyfooting around the project’s completion.

During an interview yesterday, the Councillor told the Guyana Standard that the decision was birthed following a visit by  M&CC to South Georgetown. He said that decision to divert the funds also stems from suggestions made by the Minister of Communities, Ronald Bulkan via a letter to the council.

The suggestion was then carved into a motion and was brought forth by the Head of the Finance Committee, Oscar Clarke to the council, during its most recent statutory meeting.

Kuppen, when asked about the legality of a Minister forwarding suggestions to an independent body, noted that “anyone can write”. He added that it was the council that heeded the recommendations.

The councillor further noted the makeup of the council; citing that it is dominated by APNU+AFC councillors.

“They have the majority. So any motion they forward will be passed,” Kuppen said.

Asked where the money will now come from to complete the Kitty Market overhaul, Kuppen said that in the Minister’s communique, there was mention of monies to be provided in the 2019 budget.

Another source at the M&CC, told this online publication that the Mayor Patricia Chase-Greene, has expressed her intention to complete the project using M&CC-generated revenue.

However, Kuppen is not convinced. He told the Guyana Standard that the council is “broke”, as he too, believes that the project will not be completed this year.