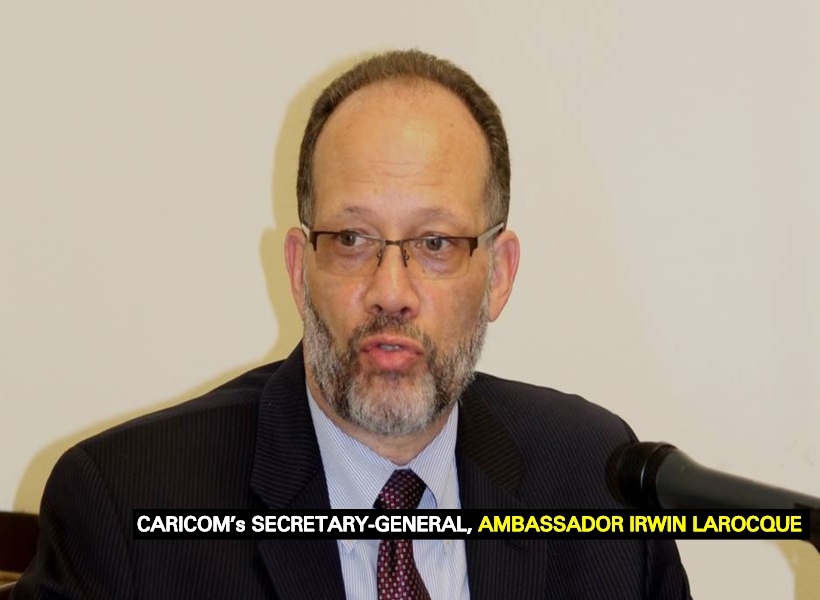 Secretary-General (SG) of the Caribbean Community (CARICOM), Ambassador Irwin LaRocque is of the view that the Region has not achieved as much as it should have by now.

In this regard, the Ambassador noted that major policy decisions and the adoption of legal instruments take way too long to be negotiated. LaRocque said that this has to change.

“We must do more and do it more quickly,” he told the highest decision making body of CARICOM which is in Montego Bay, Jamaica for the 39th Heads of Government meeting.

“The success of the CSME (CARICOM Single Market and Economy) is being judged by the public on the basis of our implementation of the measures agreed to, that allow our citizens and businesses to benefit,” the Secretary-General said.

He noted that at the recent consultation in Georgetown, Guyana, there was wide agreement that the CSME was the most viable option and platform to enable the Community and its nationals to achieve their goals of sustainable growth and development.

The Secretary General said that areas which need to be improved substantially include the ease of doing business and the movement of skilled nationals. LaRocque also told the opening ceremony that participants lamented the lack of compliance with already agreed measures, and stressed the need for an enforcement and accountability framework to encourage implementation and compliance.

The SG urged member states to pick up the pace and begin implementing agreed mechanisms, so that the citizens, and by extension, the Caribbean can benefit tremendously.