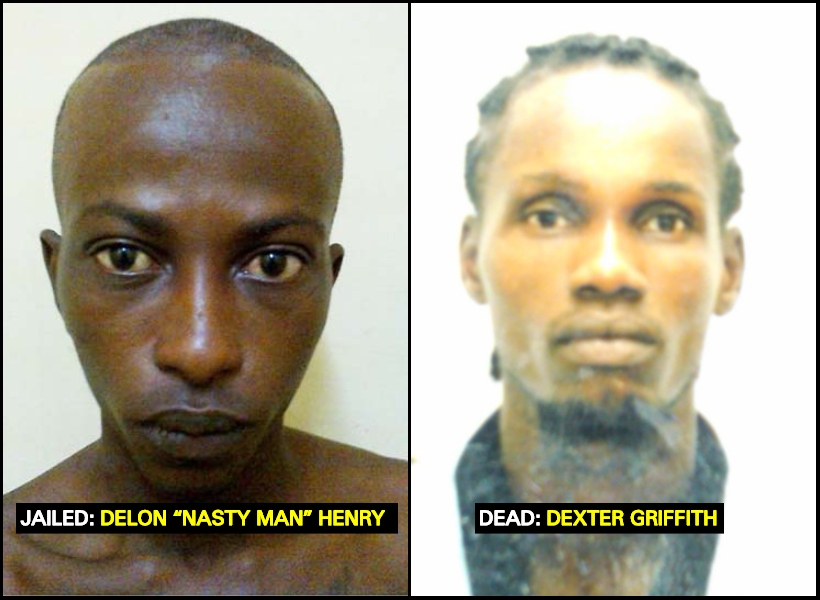 Facebook
Twitter
Google+
Pinterest
WhatsApp
Soon after serving a two years jail term for unlawful possession of arms and ammunition, Delon Henry was this afternoon sentenced to serve 51 years in jail for murder.
Late last month, Henry also called ‘Nasty Man’ was convicted by a 12 member jury for the September, 2015 murder of footballer, Dexter Griffith, who was shot and killed.
Henry, 26, shot and killed Griffith on September 29, 2015, at ‘Warlock’ East Ruimveldt, Georgetown.
Griffith, 36,  a well-known footballer was shot multiple times about the body by two gunmen. He was subsequently found lying in a drain by his mother, Lavern Griffith.
During the trial, Henry had denied any involvement in the killing.
He had told the court that he is unaware of the area ‘Warlock’ since, at the time of the killing, he resided at Houston Village on the East Bank of Demerara.
Henry retained Attorney-at-Law Adrian Thompson.
State Counsel Orinthia Schmidt and State Counsel Lisa Cave appeared for the prosecution.
Following the presentation of a probation report in favour of Henry, Justice Sandil Kissoon handed down the custodial sentence at the High Court in Georgetown.
Henry is no stranger to prison. In fact, he had been in and out of the jail since age 13. He was previously charged with another murder, but was acquitted by a jury.
He had been also charged with buggery and most recently unlawful possession of arms and ammunition.