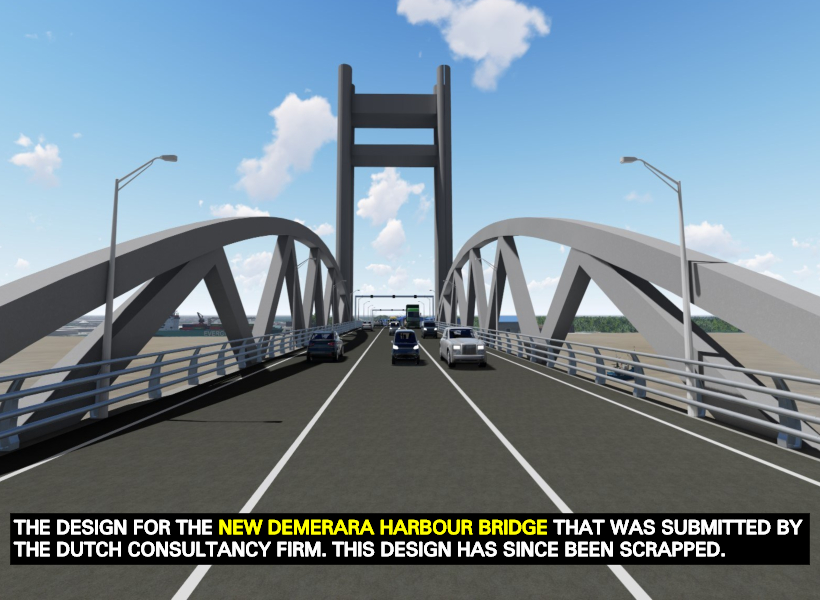 The decision made by the coalition government to scrap the initial design for the new Demerara River Crossing continues to be questioned by the People’s Progressive Party/Civic (PPP/C).

In fact, leader of the Party, Bharrat Jagdeo says that the design was scrapped after a meeting was held between Finance Minister, Winston Jordan, and private companies, while he was attending the 9th International Infrastructure Investment and Construction Forum in Macao, China, earlier this month.

Jagdeo is, however, basing his conclusion on mere hearsay.

“We heard that discussions were (done) with private companies who stated that they (Government) will not get funding for the model that the government had for (the) new bridge….so what we have is Jordan having these discussions then moving to throw away $150M, which was spent on the feasibility study for the three-lane bridge.”

The study Jagdeo is referring to is one that was done by the Netherland based company Lievense CSO. The company was contracted to undertake the study and propose a design for the crossing.

Jagdeo’s comments also mirror those made by Opposition Parliamentarian, Anil Nandlall in his recent column, “The Unruly Horse”. Titled “A Bridge That May Sink Us,” Nandlall alluded to the fact that the money would have been paid to carry out the feasibility study to construct – with specific dimensions.

However, the government’s plan to change the dimensions has rendered the study irrelevant; resulting in the money being wasted. Both parliamentarians have made calls for the government to “come clean” on this matter.