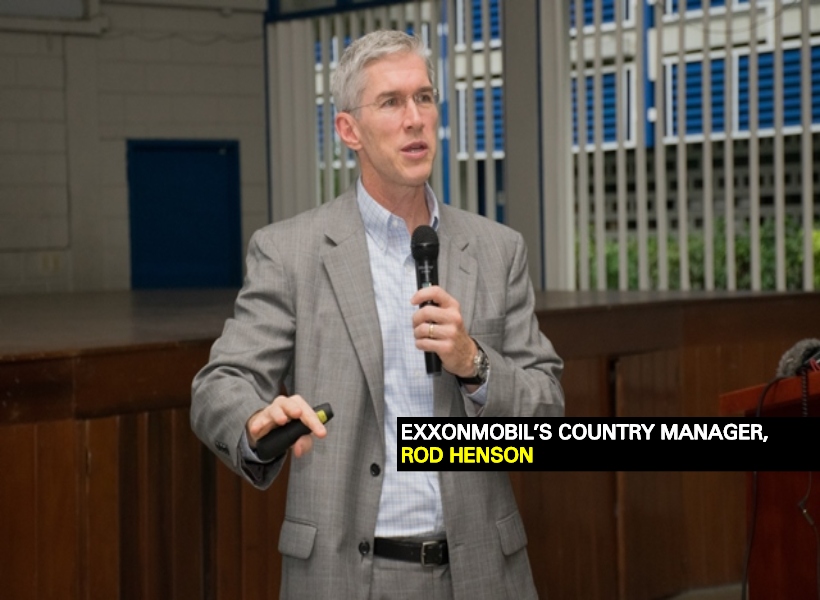 In wake of the recent oil spill in the Gulf of Paria in Trinidad and Tobago, Guyana’s state of preparedness for such an eventuality, is once again being questioned.

However, United States (US) oil and gas giant, ExxonMobil, has assured that all systems are in place to prevent any occurrence of an oil spill off Guyana’s shores.

The questions in regard to oil spills, were raised by stakeholders at an Environmental Protection Agency’s (EPA) meeting on the Environmental Impact Assessment (EIA) of the EEPGL Liza Phase 2 project held at the Marian Academy yesterday.

ExxonMobil’s country manager, Rod Henson said the company has assured that the existing laws and regulations cover any such occurrence. He said the company remains committed to its obligations in this regard.

According to Henson, while the possibility of an oil spill in Guyana is very low, the company has procedures and processes in place to deal with any emergency response.

“We would be responding in a matter of hours, in an instant like that,” Henson said, replying to questions about the abandoned Trinidad well.

He said throughout the process, it is all about prevention. The country manager said ExxonMobil has been doing its utmost to prevent any such occurrence wherever it operates.

He explained that ExxonMobil, at the end of its “field life” operation, would decommission the well. That decommissioning would include the isolation of the hydrocarbon zones or oil and gas and carrying out pressure tests.

“At the end of the day… we would enact procedures we already have in place for spill management,” he said, noting that there are capabilities in Guyana for all eventualities.

The meeting was the first in a series of consultations spearheaded by the EPA to be held across the country. The team visits Region Three today. (Modified from the Department of Public Information)