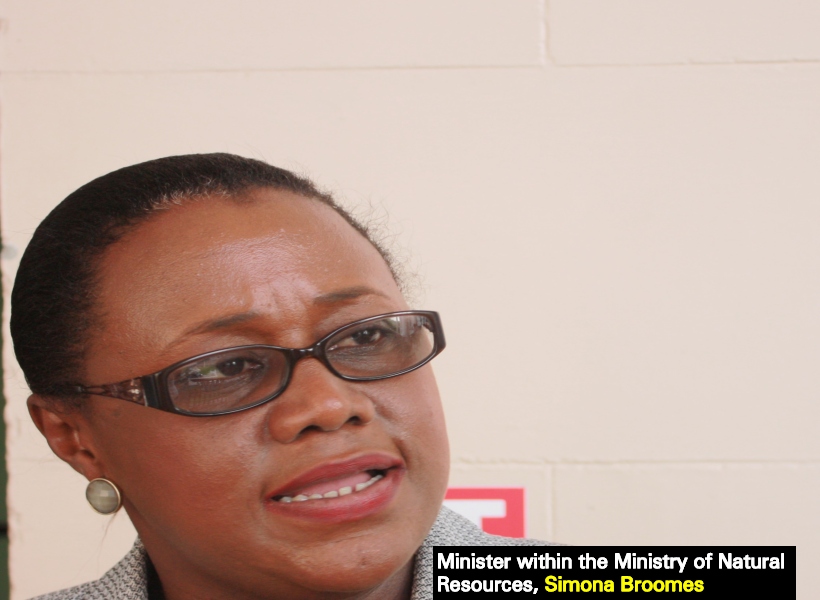 One day after Junior Natural Resources Minister, Simona Broomes, accused two guards attached to the KGM Security Services of pointing a gun at her at a Providence, East Bank Demerara (EBD) establishment, released surveillance footage has contradicted her story.

The closed circuit television (CCTV) footage was taken from the building, which houses the Massy Supermarket and the New Thriving Restaurant.

The footage did not show the security guard pulling a gun at the Minister. However, the minister and her driver were seen throwing around signs and barricade when they were informed they could not park in the “No Parking Zone.”

“It appears as though Minister Broomes and her driver were the abusive ones. The security guards were only doing what they were instructed to do,” a police rank who responded to the scene said.

Based on the footage seen by this news agency, the Minister’s vehicle—a Black tinted SUV, drove up to an area where there was a “No parking” sign. The driver came out and removed the sign before returning to the vehicle.

Upon seeing this, the first security guard approached the vehicle. The Minister’s driver almost ran him over when he tried to quickly place back the “No Parking” sign—blocking the SUV from driving forward.

The driver was then seen exiting the vehicle. He approached the security guard and the duo had an exchange of words. The driver was seen picking up and tossing the ‘No Parking” sign as he quickly got into the vehicle and attempted to drive in the restricted area.

By now, another security guard had joined his colleague and the two men tried to prevent the Minister’s driver from parking in the area.

At this point, the Minister got out of the vehicle and both she and her driver were seen throwing around the barricades. Broomes was seen making some gesture to the two security guards. It appears as though she was aggressive.

By now, an argument between the guards, the minister and her driver escalated and the latter allegedly pulled out a 9MM gun and threatened to shoot but Minister Broomes allegedly approached her driver and instructed him to put the gun away.

At this point, the security guards backed off and allowed the minister and her driver to park.

The Guyana Standard was informed that the security guards tried to explain to the Minister that the area where they wanted to park was not safe—and as such, it is advisable to park in the parking lot where the guard can keep an eye on the vehicle.