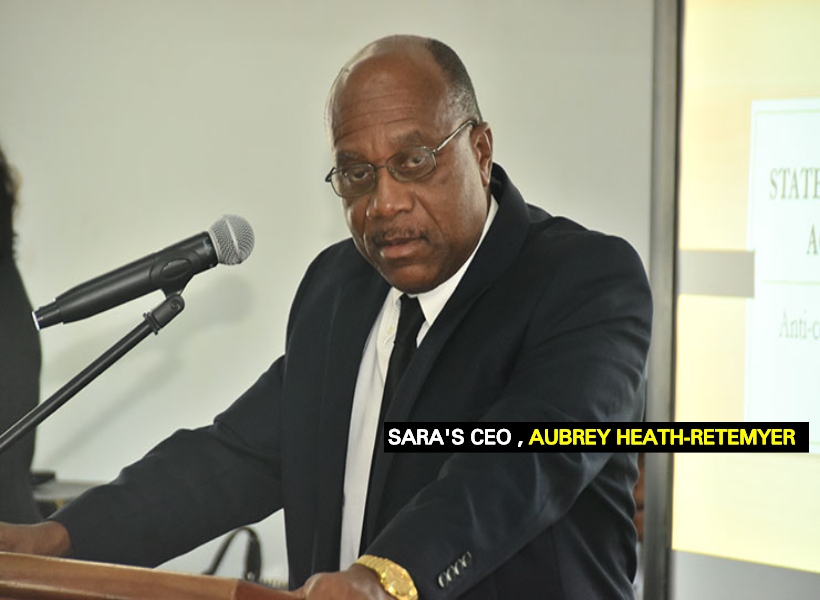 Guyana would have lost some $200B in state assets through alleged corrupted practices between 2010 and 2014. This is according to Chief Executive Officer of the State Assets Recovery Agency (SARA), Aubrey Heath-Retemyer. He made this known at an Anti-Corruption Sensitization Seminar which was recently held in Region Seven. This event was hosted by the Ministry of Legal Affairs.

“We have been losing between $28B and $35B every year between 2010 and 2014 due to procurement fraud; in illicit capital flights we lost $90 billion; and in the underground economy (drugs), about $100 billion. Corruption allows people to steal and if we reduce it, much of the friction around election time will stop because everybody will get their fair share of the pie,” the official said.

The CEO pointed out that SARA is working on a number of activities to change the culture and behaviour of people as it relates to corruption. He added that the anti-corruption legislation will be strengthened since corruption is corrosive and impairs good governance.

To date, over two million acres of lands were retrieved by SARA. There was also the seizure of significant amounts of gold, and the underground economy is almost non-existent, Heath-Retemyer said.

“Some people complain that they [government] should let the drugs flow because they would get jobs, etc. But if drugs were allowed, and the underground community continued to flourish, you could have lost your sons and daughters to kidnapping and ransom. We were at the point where there would have been serious problems. The international community also informed us that the country was losing 15,000 ounces of gold per week, so the efforts to reduce corruption are well worth it,” the SARA CEO declared.