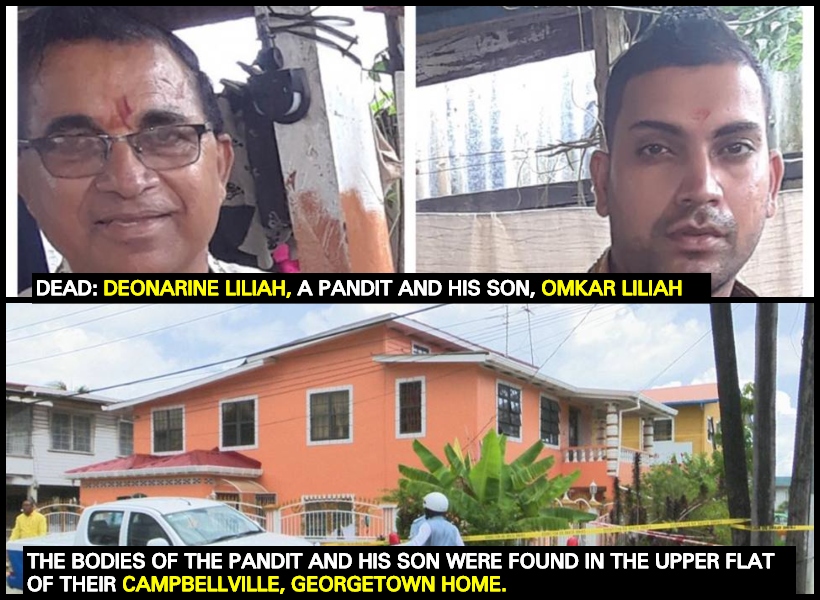 Two suspects have been held as the investigation continues into the gruesome murders of a pandit and his son at their Craig Street, Campbellville, Georgetown home on Saturday.

The Guyana Standard has been informed that the two suspects did odd jobs for Deonarine Liliah, 62 and 29-year-old Omkar Liliah.The men were arrested after surveillance footage showed them exiting the victims’ yard Saturday night with what appears to be haversacks on their backs. Three other persons were also arrested as the probe continues.

It is believed that the pandit and his son might have interrupted the home intruders, resulting in them losing their lives. The father and son were both stabbed four to five times about their bodies. The police discovered their partly decomposed remains when a tenant called to report a stench coming from the upper flat of the house. The victims lived alone in the upper flat of the house while the lower flat is rented to a female tenant. They were described as honest, religious and easygoing people.