Home News Crime Life sentence for man who shot and killed Police Corporal back in... 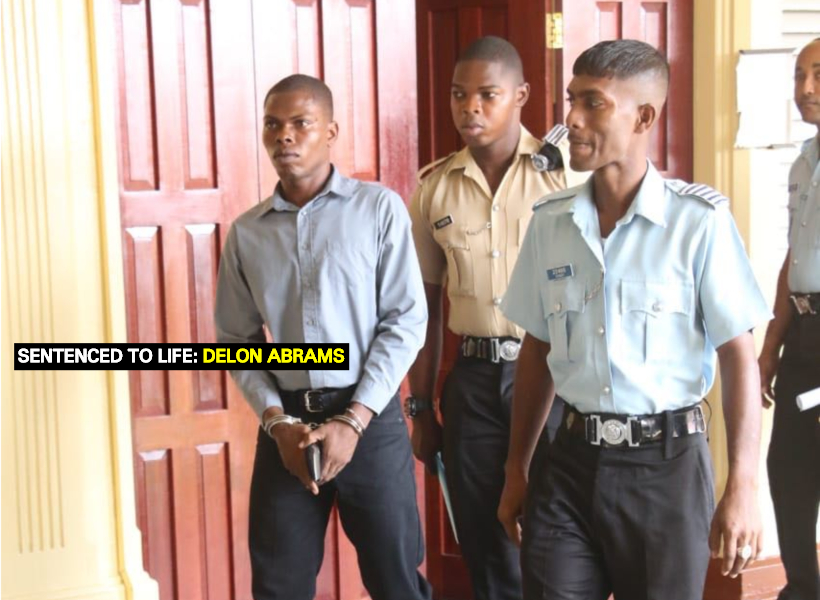 Facebook
Twitter
Google+
Pinterest
WhatsApp
Twenty-nine-year-old Delon Abrams was this morning handed a life sentence after admitting that he shot and killed Police Corporal Silburn Elias, back in 2014.
Stressing that Abrams stands no possibility of parole, Justice Sandil Kissoon told the killer that members of the Joint Service have dedicated their lives to protect and serve the citizens of Guyana, withstanding the daily difficulties and challenges.
Initially, Abrams was indicted for the capital officer murder.  That charge alleged that on January 06, 2014 in the county of Demerara, he murdered Silburn Elias, a member of the security forces acting in the execution of his duties. He, however, opted to plead guilty to the lesser offence manslaughter.
During his address to the court, Abrams said that he apologized to Elias, who was a Corporal of Police, moments before he passed away.
He said, “I told the officer sorry before he died. Is not like I take the gun and shoot he. We had a scuffle and the gun went off.”
In handing down the custodial sentence, Justice Kissoon said that he took into consideration the facts of the matter, the mitigating circumstances and Abram’s version of what transpired on the day in question.
The Judge, however, outlined that he found no mitigating factors and that the killing was a remorseless one.
According to the police, Abrams had been arrested by public-spirited persons on January 6, 2014 and handed over to the police after allegedly breaking into a house at Sophia, Greater Georgetown, and stealing items.
Abrams was dealt a sound thrashing by residents since he had sustained injuries prior to being handed over to the police. As a result, he was escorted to the Georgetown Public Hospital by a constable, who was armed with his .38-calibre service revolver.
Police said that it was in the hospital that Abrams managed to overpower the policeman and take away his firearm before escaping.
Abrams was pursued by police ranks who caught up with him in a yard at Fourth Street, Albertown.
He discharged several rounds and Elias was shot twice—in the chest just below the left breast and in the left side of his abdomen.
Abrams was represented by Attorney-at-Law Maxwell McKay.
Prosecutors Abigail Gibbs and Mandel Moore represented the State.