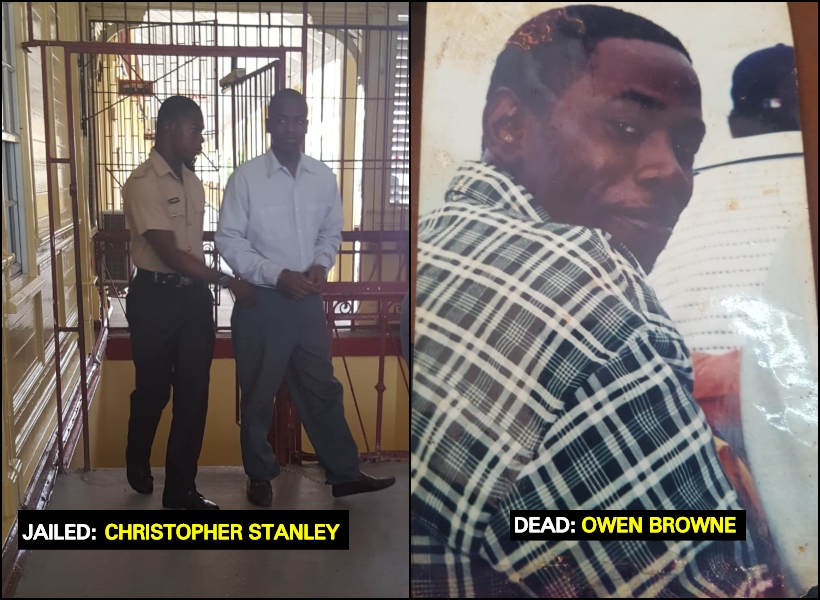 A 22-year-old man was this morning  jailed for 23 years and seven months, after admitting to fatally stabbing a man at Tiger Bay, Georgetown, in 2015.

He stands no possibilty of being released on parole.

Christopher Stanley, who was initially indicted for murder, opted to plead guilty to the lesser offence manslaughter.

Browne was 44 years of age at the time of his demise. He was killed a day after celebrating his 44th birthday.

According to the prosecution, on the day in question, at Lot 910 Rosemary Lane, South Cummingsburg, Georgetown  also known as Tiger Bay, Stanley was seen stabbing Browne.

After the act, Stanley fled the scene and was later apprehended by police ranks.

A post mortem examination performed on Browne revealed that he sustained 21 stab wounds. His cause of death was given as shock and haemorrhage due to multiple incise wounds.

When asked by Justice Sandil Kissoon if he had anything to say, Stanley told the court that Browne attempted to bugger him and he “lost it.”

Nevertheless, he offered an apology to the family of the deceased.

Before passing sentence on Stanley, the judge took into consideration that he committed the crime when he was just 19 years old.

The Judge however, noted that the court cannot turn a blind eye on the fact that Browne’s life was ruthlessly snuffed out.

In arriving at a sentence for Stanley, Justice Kissoon started at a base of 25 years.

He then made deductions for early guilty plea, among other things.

After doing this, the sentence ended up at 13 years and seven months. The Judge however added on 10 years after considering the aggravating factors.

This brings the total sentence to 23 years.