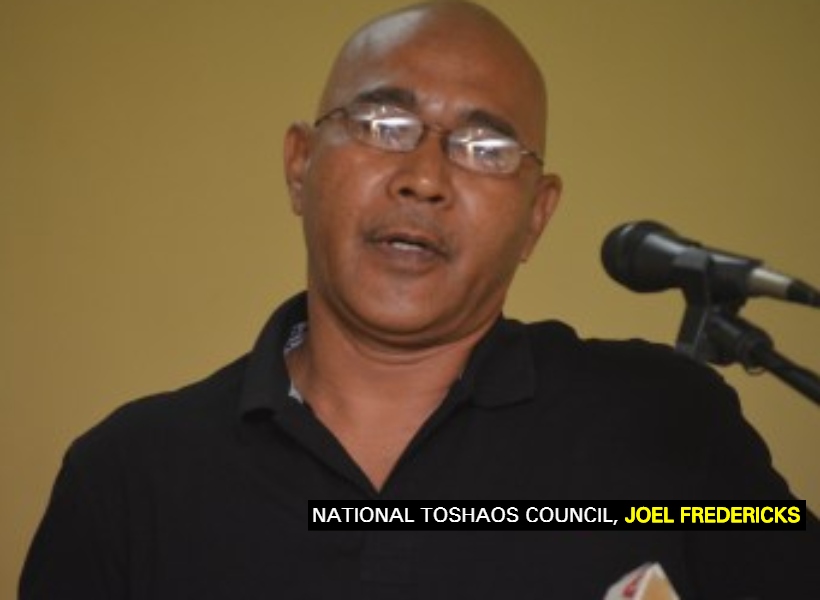 The Chairman of the National Toshaos Council (NTC), Joel Fredericks, is turning up the heat on the David Granger-led administration over the non-implementation of promised interventions to improve the lives of indigenous people.

Fredericks, who was delivering remarks at the opening of the annual NTC conference at the Arthur Chung Convention Centre (ACCC), noted some of the promises that are yet to be fulfilled by government.

These include: revision of the Amerindian Act; Constitutional Reform; grafting the title for the land on which the NTC Secretariat would be built; and the renaming of St. Cuthbert’s Mission to Pakuri, the Indigenous name.

“Every time we break promises, we erode the trust that people have in us and our integrity,” the Amerindian leader said.

Fredericks condemned allegations made that the NTC are filled with oppositionists; noting that all they want is to “speak for their rights”.

Over 200 indigenous leaders are in attendance of the conference with majority being toshaos.

Amerindians comprise 9.1 percent of Guyana’s overall population and currently own approximately 13.9 percent of the land.

The Government of Guyana has set the policy objective of addressing all Land Titling issues by 2015, for Amerindian villages where two-thirds of the adult population request this to be done based on the principles of free, prior and informed consent.

Historically, high cost has been a barrier to achieving this policy objective. The Government has expressed their intention to allocate funding from the Guyana REDD+ Investment Fund (GRIF) via this project to remove this barrier.