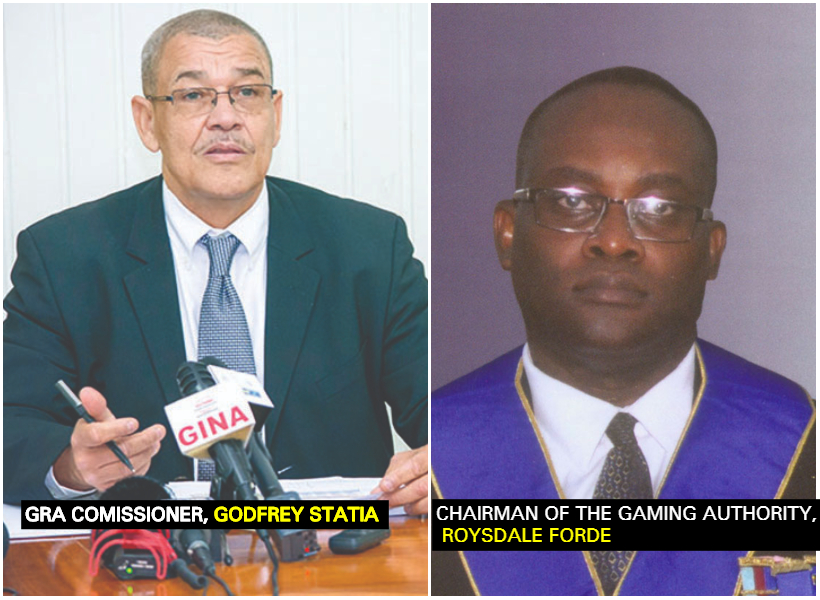 The Guyana Revenue Authority (GRA) has initiated a full-scale investigation into gambling entities which have been reportedly shipping millions of dollars in profits to regional and international jurisdictions.

This was confirmed just a few hours ago with GRA’s Commissioner General, Godfrey Statia. He said that two companies which are already on GRA’s radar are the Princess Hotel Casino and the Superbet establishment.

Statia said, “For the last few months, we have been receiving tip-offs, hundreds of reports that some gambling operators are shipping profits to places like Suriname to escape paying the country what it has to. Some of them are even shipping out $200M a month and that is a conservative figure as far as our intelligence goes. We also have information that they are shipping their profits in vehicles and other means. Because of this, we have imported some special handheld scanners so that random checks can be done by our Customs Officers.”

The Commissioner General added, “We are aware of the limitations facing the Gaming Authority. They are in a horrible state. We had some discussions with them and they were unable to show us who is making what on a monthly basis and if the State is getting what it is entitled to. Imagine the Gaming Authority ain’t know the fundamentals of the sector. So you could imagine for how long we taking blows.”

In a recent interview with this news agency, Chairman of the Gaming Authority, Roysdale Forde bemoaned the fact that he and his officers are unable to properly regulate the industry. The Attorney-at-Law noted, however, that this is due to the fact that the Authority is made to operate with laws dating back to 1908. (See link for that story: http://www.guyanastandard.com/2018/07/12/in-2018-guyanas-gambling-authority-is-guided-by-laws-from-1908/).