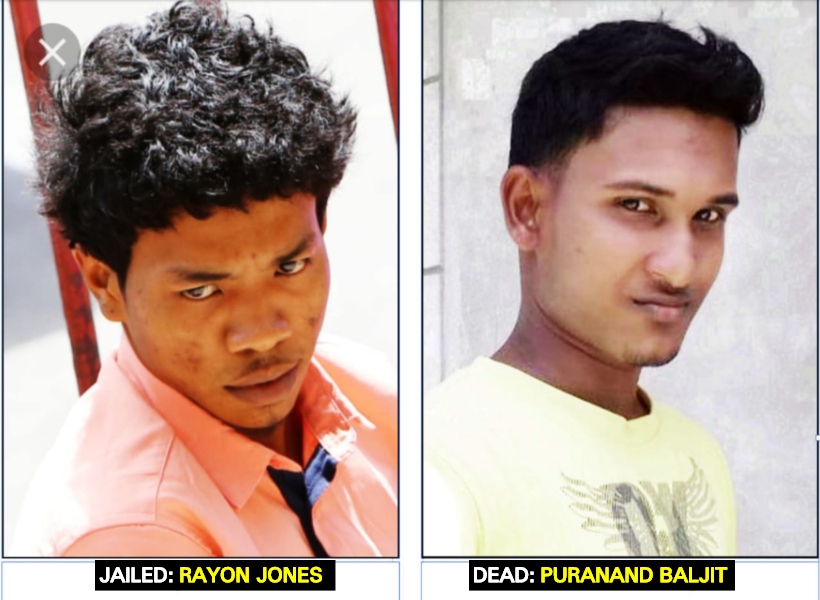 A 22 year-old man was sent to prison for the next 28 years, after he admitted to breaking into a home and killing a mechanic.

The incident occurred at Madewini, Timehri.

The confessed killer, Ryan Jones also known as Rayon Jones, was arraigned this morning before Justice Sandil Kissoon at the High Court in Georgetown.

He was indicted for murder by State Prosecutor Mandel Moore. The charge stated that on June 09, 2016, he murdered 24-year-old mechanic Purand Baljit, during a robbery.

Jones, who was represented by Attorney-at-Law Maxwell McKay,  opted to plead guilty to the lesser offence manslaughter.

Hence, he was awarded the jail term with no possibility of being released on parole.

According to the prosecutor, on the night of June 09, 2016, Jones broke into the dwelling house of Baljit, and stole items.

Baljit was awakened and confronted by Jones, who stabbed him 10 times with a knife.

According to the prosecutor, Jones was captured a few days later while on the Georgetown seawalls by a police rank.

He give police a detailed caution statement admitting to the crime and even took police to an abandoned house where the murder weapon was recovered.

During a plea of mitigation, Attorney at Law, Maxwell McKay told the court that apart from being charged for escaping from police custody, his client was never charged with any other offence.

The lawyer highlighted that his client took the first opportunity to plead guilty to the crime, and prevented the court from having to conduct a trial.

When asked by the court if he had anything to say, Jones said, “I feel like i have no life. In life you have to speak the truth and the truth will set you free.”

He added, “I am so sorry for how things happened. I am begging you (the judge) for a chance to go back into society. I have one life to live and one judgement to face.”