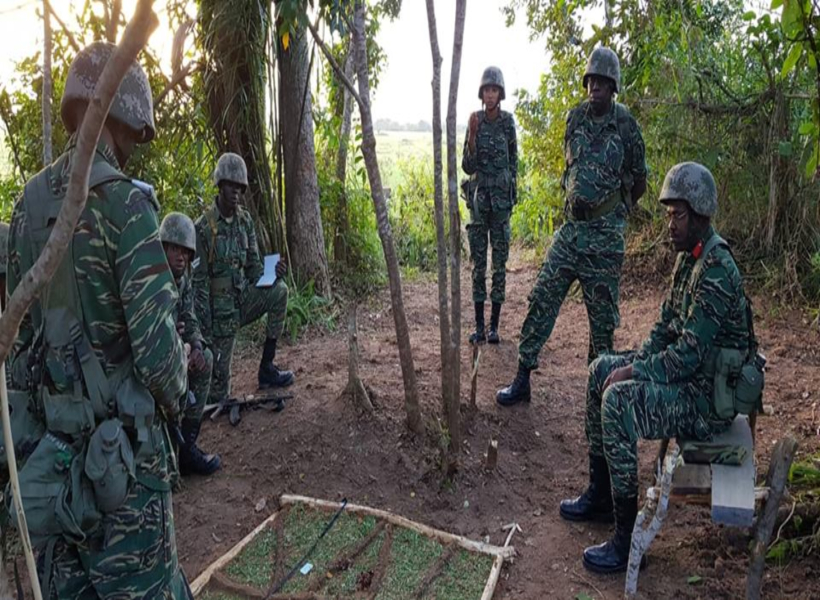 Since its resuscitation in 2016, the Guyana People’s Militia (GPM) has thus far benefitted from 1,608 recruits. The unit was brought back by the government after an 18-year hiatus.

The GPM is likened to army reserves that consist of non-military persons.

The body is regarded as first responders in cases of emergency and is used to augment the Guyana Defence Force (GDF).

Responding to questions posed to him by Opposition Parliamentarian Gail Teixeira, State Minister Joseph Harmon provided a detailed report on the training and recruitment methodology.

Males and females between the age of 18 and 35 years who are physically and mentally stable, and possess a clean criminal record, are eligible for recruitment into the GPM, Harmon said.

He noted also, that special consideration was, and is being given to highly-skilled retired military personnel and skilled professionals.

Quizzed on the means by which persons are recruited, Harmon informed the House that recruitment teams are deployed to various regions to sensitise and recruit personnel into the militia.

Persons are sensitised via notices in the print media, programmes national television and announcements being aired on the radio.  Advertisements are also placed on social media sites, such as the GPM and GDF Facebook pages.

Flyers were also used to attract the interest of persons, the retired army colonel noted.

The Minister was asked by Teixeira to list the number of persons – by region – who were recruited within the past two years.

Below is a table illustrating the number of persons who were recruited, along with their respective district:

Asked what the training involves and whether stipends are being offered to recruits, Harmon noted that training is continuous and culminates yearly with a two-week concentrated session.

He added that recruits are afforded the opportunity to attend specialised training being offered by the GDF.

Each person receives $2,829 for days which they are required to attend events or do some sort of activity, the Minister said.

Teixeira in her follow-up questions, made an allegation to the effect that persons recruited have political ties.

She noted that Region Two – which predominantly consists of supporters of the People’s Progressive Party – has not seen one person being recruited into the GPM, while Regions Four and Ten – which is a government electoral stronghold – make up the majority of the recruits.

Harmon denied this assertion, reiterating that the process in a voluntary one and that there was no coercion.