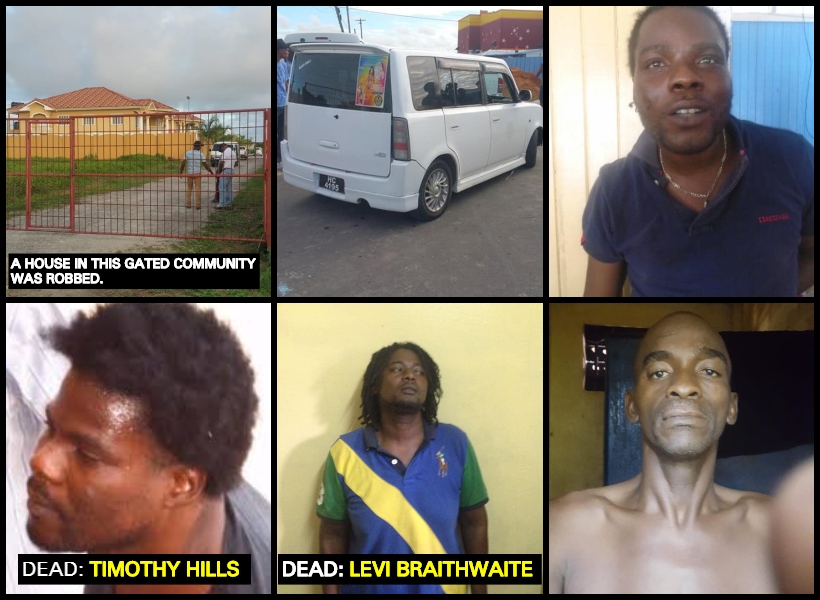 Five heavily armed gunmen were shot and killed around 02:30 hrs this morning during a confrontation with police at Liliendaal, East Coast Demerara (ECD).

Three of the dead bandits have been identified as 40-year-old Adrian Dally of La Parfaite Harmonie, West Bank Demerara; Timothy Hills, 39, of Diamond, East Bank Demerara and Levi Braithwaite, a 31-year-old taxi driver of North Ruimveldt. The police are yet to identify the two remaining gunmen. Guyana Standard understands that the men attempted to rob a property owned by an overseas-based Guyanese. Only the caretaker was at home at the time of the robbery.

According to information received, the men used a torch to cut open the gate. It was while they were attempting to get into the house that the caretaker called the police.

The Guyana Standard has been informed that police ranks responded promptly and surrounded the property. The gunmen were killed inside the house.

Three guns including an AK-47 rifle with two magazines and two shotguns were discovered at the scene.
A detailed update will be provided shortly.