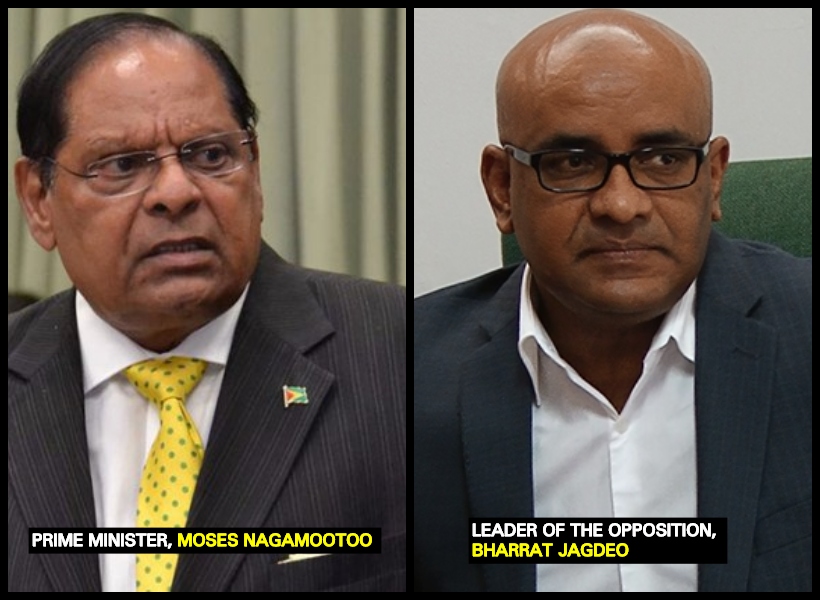 Prime Minister (PM) Moses Nagamootoo has welcomed the resumption of dialogue between the Government and the Opposition, the People’s Progressive Party/Civic (PPP/C). He noted that the Head of State’s decision to lead these talks, will create no leeway for Jagdeo to “wriggle out”.

The Prime Minister also said he is “undaunted” by the tactics of Leader of the Opposition, Bharrat Jagdeo to remove him from the negotiating table; since the talks are not about him but about the country’s well-being.

In his weekly column, ‘My Turn’, Prime Minister Nagamootoo addressed the comments made by Jagdeo to the media on Thursday last when he mentioned his party’s refusal to engage in bilateral talks led by the Prime Minister. The PM stated that although disappointed by the opposition’s behaviour, it is the “brutal nature of politics”
practised by the PPP to which he has grown accustomed.

He stated, instead, that the record shows that despite his having “major disagreements” with the competing parties throughout his political career, he always advocated for the ultimate goal of national unity.

President Granger has volunteered to lead the government’s delegation to these talks and Prime Minister Nagamootoo welcomed this decision, describing it as a politically correct one from which Jagdeo would be unable to wriggle out. Nagamootoo said too, that with the country drawing closer to becoming a major oil and gas economy, bipartisan cooperation is “strategically important” to ensure that Guyanese can equally benefit from these revenues.

The resumption of talks between the PPP and the government, stems from an intervention that was made by former US President, Jimmy Carter. The PPP had previously backed out of talks some years ago, after Jagdeo refused to have these discussions with government representative, Nagamootoo – a former PPP member who severed ties with the party back in 2011.