Home News Be more proactive, improve revenue and not be wholly dependent on central... 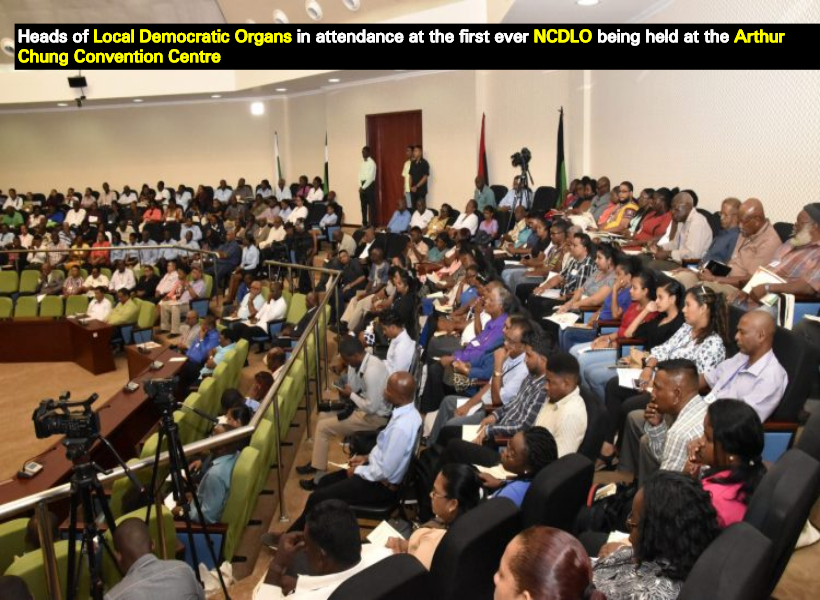 President David Granger today, at the inaugural National Conference of Local Democratic Organs (NCDLO), challenged leaders to be more proactive and improve their revenue collection rather than being wholly dependent on Central Government.

The Head of State during his address to the NDC officials, said that local government organs must be autonomous to allow them to serve their residents’ best interests. He said that they must not be dominated by or become dependent on Central Government.

He added that these organs must deliver quality public services to residents, noting that the provision of these services is vital to improving the living and working conditions within neighbourhoods and villages.

The Head of State pointed out that Regional Democratic Councils (RDCs) and Neighbourhood Democratic Councils (NDCs), and even municipalities are bound by the Constitution to provide services to the people.  He said that these services include: the maintenance of bridges, drainage and irrigation structures, roads, security, street-lighting sanitation sporting and recreational facilities; promotion education; employment and economic enterprises; and the preservation of values and culture at the level of communities.

“… These functions require collaboration, cooperation and coordination between the various local government organs and Central Government. They require commitment by all and at all levels of government and society…The provision of public services is vital to improving the living and working conditions within neighbourhoods and villages,” the President said.

The need for a conference of this nature was first highlighted in March of this year when the President was invited to a meeting with NDC chairpersons and councillors on the Corentyne. He explained that issues raised at that forum made it clear that a better structure of cooperation and collaboration was needed between the three tiers (local, regional and Central) of government in order to empower local democratic organs.

“The NCLDO is a deliberate intervention intended to become a platform for promoting the work of NDCs, municipalities and RDCs. It can provide a practical basis for them to work together with Central Government to strengthen community development and improve citizens’ quality of life… This National Conference of Local Democratic Organs could become an annual forum aimed at establishing itself as a vehicle for delivering improved services to all local communities…the NCLDO aims at empowering, not emasculating, local democratic organs. It respects their autonomy,” President Granger said.

He also reiterated his call for communities to prepare and implement their own Village Improvement Plans or VIPs; noting that with the rebirth of local democracy as a result of the holding of Local Government Elections when it is constitutionally due, villages could look forward to renewal and revitalisation.