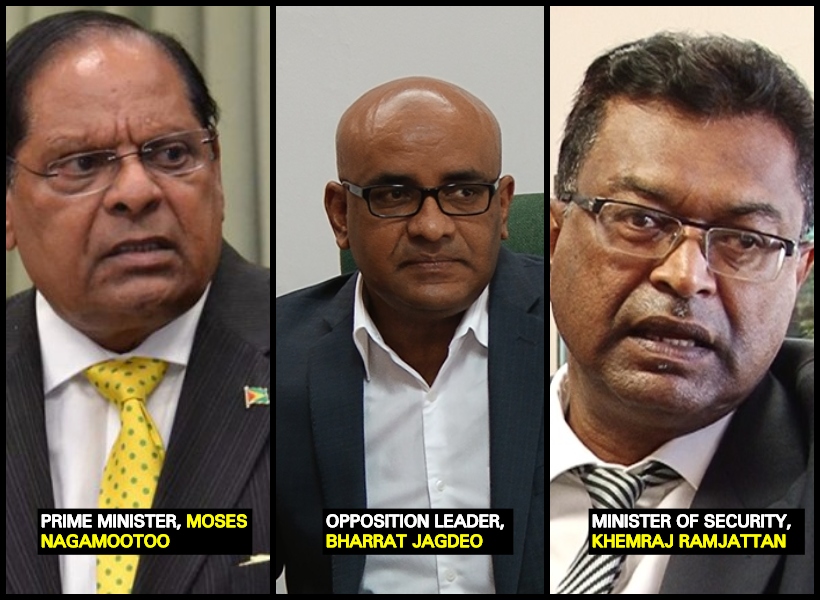 As talks between the Opposition/Government loom, Opposition Leader Bharrat Jagdeo says that there will be attempts by the Alliance for Change (AFC) to “muddy the waters”. He claims that the one half of the governing coalition will do so out of fear of being “irrelevant”.

The former Head of State made these claims during a recent press conference hosted at his Church Street office yesterday.

Jagdeo said that this has occurred in the past with the Pradoville debacle, which occurred following a meeting with the President some time ago.

The Guyana Standard however, could not verify if there was indeed a correlation in the timeline of the Pradoville fiasco, and PPP executives’ meeting the President.

Jagdeo said that this correlation was brought to his attention by “a number of people” who would have called him.

“People been calling me and telling me that there is a pattern to every time we want to talk; like I meet the president (and) some issue always comes up and they showed me like in four cases. Just after the meeting with the President, Pradoville comes up.”

The Opposition Leader took a jab at AFC Executives, Khemraj Ramjattan and Moses Nagamootoo; accusing them of trying to “stir” these issues up whenever there is an indication of dialogue.

“Because they believe if there are talks between the main parties – the PPP and the PNC (People’s National Congress), they (AFC) may be deemed as irrelevant, or side-lined,” the seasoned politician said.

Jagdeo said that no one can obstruct these talks which are expected to be held after next month.

“They can’t muddy our water for us. We are formally committed to the future of Guyana and the party will discuss this matter and we’ll decide how and when.”