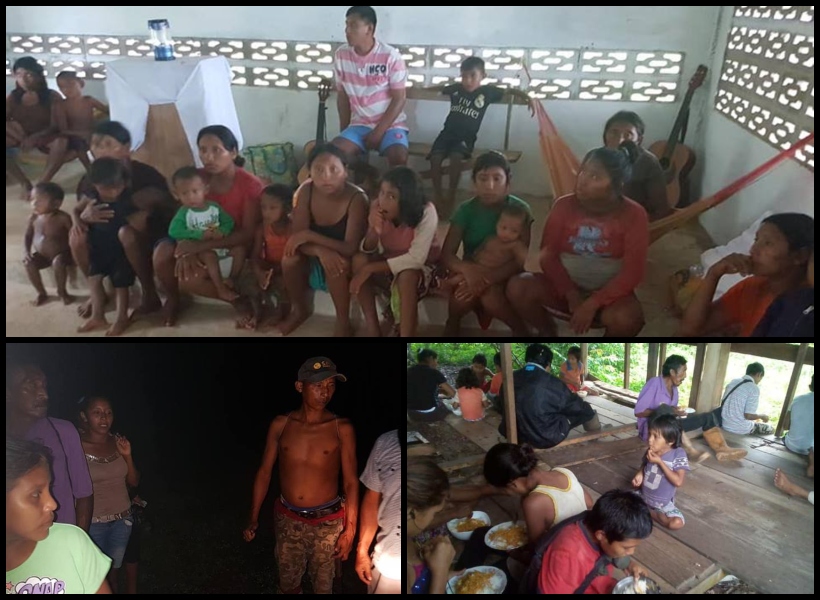 Minister of Citizenship, Winston Felix, today, said plans are in motion for the establishment of a homestead settlement area for the 260 confirmed Venezuelans, who are occupying areas in Barima-Waini (Region One).

The Minister made this announcement during an interview with the Public Information and Press Services Unit of the Ministry of the Presidency at the conclusion of the third multi-agency coordinating committee meeting held at the Ministry of Citizenship, Shiv Chanderpaul Drive, Georgetown.

“It is intended that we [will] develop something like a homestead where families are accumulated and eventually we can move them into cash crop farming. We can encourage that so that in the first instance they can feed themselves and if they have surpluses they can sell. We are looking at crops for their sustenance and their immediate needs. Once you get that…going then the next thing is to guide them into areas in which they can sustain themselves. The immediate outcome is that we want to see them properly settled and they must be able to sustain themselves…,” he said.

He noted that the agencies on the committee will continue to play their roles in lending whatever assistance is necessary to those in Region One while assessing the migration of Venezuelans into Cuyuni-Mazaruni (Region Seven).

“In the meantime, the Ministry of Health is continuing its vaccination [efforts]… [The Department of] Immigration is continuing the registration and support work… The Police [are] also following through with the support work to this committee. So, all agencies, locally, are locked into this committee to provide services and support for the Venezuelans in Guyana. We are also exploring the situation in Region Seven [in order] to find out where [the Venezuelans] are and what numbers we have to [cater for],” he said.

The Committee has also been working alongside the United Nations Children’s Emergency Fund (UNICEF), International Organisation for Migration (IOM) and the United Nations Human Rights’ Council (UNHRC) to determine areas of collaboration and support.

Rather than criminalise the Venezuelans, Minister Felix said that the Committee and by extension, the Government, have chosen to respond to the situation in a humane manner, with concern for the safety, health, and accommodation of the migrants.