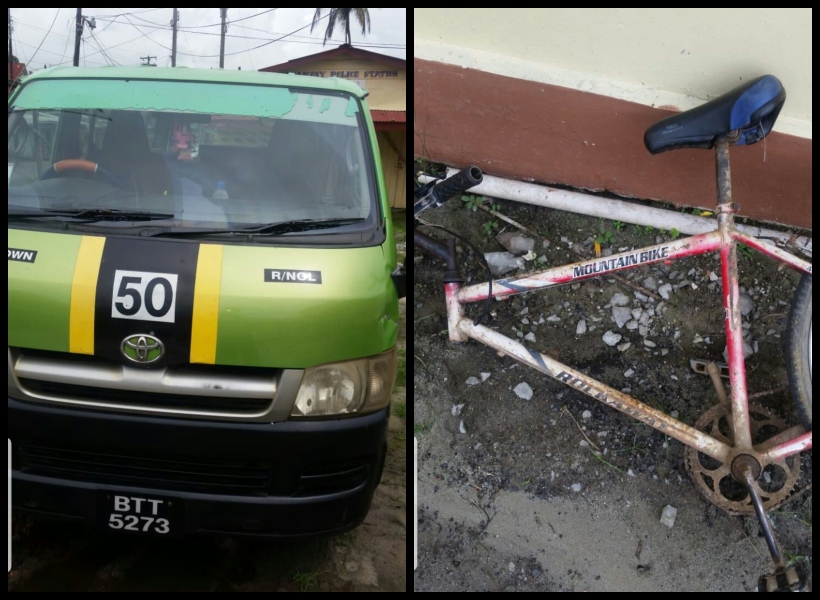 A 17-year-old labourer was killed around 21:15 hrs last night in an accident on the Good Faith Public Road, East Coast Demerara (ECD). The deceased has been identified as Ricardo James of Lot 12 Recess Village, Mahaicony, ECD.

The Guyana Standard has been informed that James, who was riding a bicycle, collided with a minibus, BTT 5273. The driver of the bus was given a breathalyzer and no alcohol was detected. He remains in custody assisting with the investigation.

According to information received, the minibus was heading west along the southern carriageway whilst the cyclist was proceeding east–on the same side of the road. The bus driver reportedly told traffic ranks that the deceased suddenly swerved into his path and collided with the front left side of his vehicle.

Due to the impact, the cyclist fell onto the roadway. He was picked up in an unconscious state and rushed to the Mahaicony Cottage Hospital where he died.