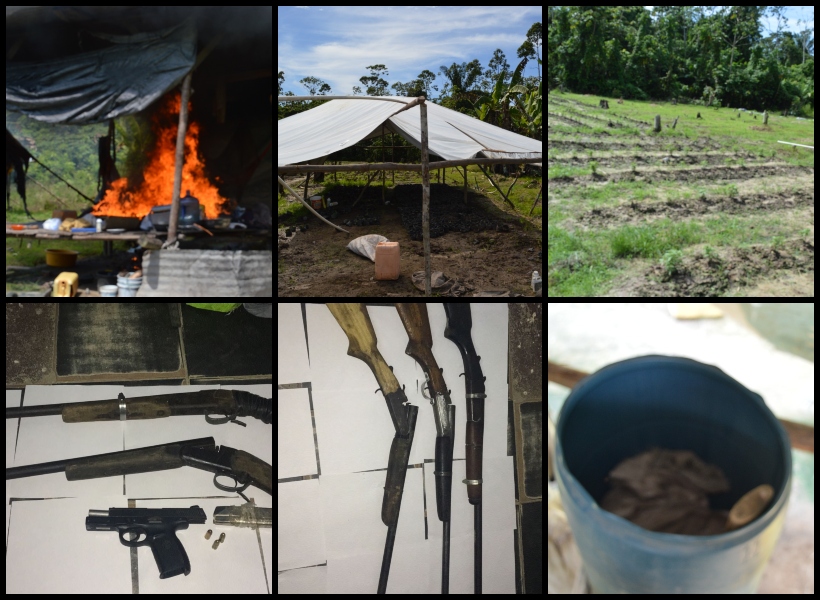 A teenager was among five persons arrested early yesterday after five shotguns, a pistol and three live rounds were discovered during a joint services operation at Ekura Creek, Canje River.

Twelve kilograms of dried cannabis and a five-acre plot of cannabis cultivation were also discovered during the operation which lasted 16 hours.

The Guyana Standard was told that the team of policemen first went to a location at Ekura where two camps with several men were spotted. Upon seeing the lawmen, the members of the

Further up the creek at Wakie, Ekura, the ranks descended on two more camps with six men, five of whom were arrested. One escaped.

The ranks searched the camp and discovered a 9mm pistol with three live rounds, two single barrel shotguns and the plot with cannabis cultivation.