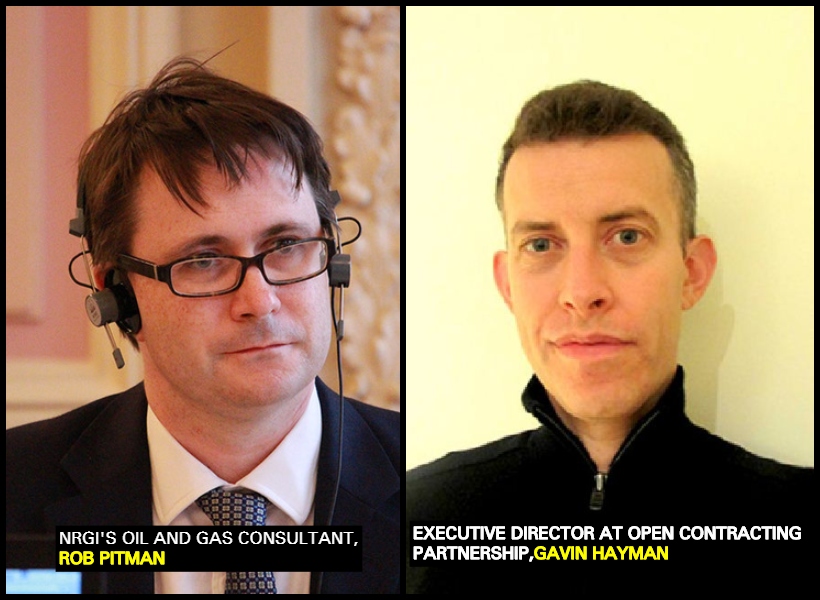 There is no careful way to say it. Guyana’s decision makers are just not transparent with the citizenry. Indeed, this style of governance does not bode well for the oil and gas sector, an area that is notoriously corrupt.

This is what Rob Pitman from the Natural Resource Governance Institute (NRGI) and Gavin Hayman from Open Contracting Partnership had to say about the state of affairs here. NRGI is an international organization that helps poor countries better govern their extractive resources for the good of the people.

Open Contracting Partnership is a respected global body of policy experts who strongly believe that open data about the extractive industries and more community engagement can transform public projects, goods and services.

Pitman was quick to note that providing transparency of who makes decisions at each stage of a contracting process and who stands to benefit from those decisions is important for public trust which is lacking in Guyana. The NRGI official said, too, that providing information on who is calling the shots is also critical to identifying potential corruption risks surrounding the allocation, award and implementation of contracts.

Hayman was eager to support his colleague’s point, stating that these disclosures help increase public confidence that potential conflicts of interest can be identified and assessed.

Hayman said that a good example of transparency of decision making comes from British Columbia, where the website of the Oil and Gas Commission features a “public zone” that serves as a centralized source for citizens seeking information about projects.

He explained that the approval documents for most projects include the name of the responsible decision-maker. The disclosures also include the nature of the individual’s decision-making authority, such as “statutory decision-maker” or “commission-delegated decision-maker.” Adding to this, Pitman noted that Mexico’s CNH, for example, not only publishes the schedules and agendas of the meetings where commissioners will decide whether to grant licenses, it also provides details about the commissioners, including their financial interests.

Both Oil and Gas experts commented that they find it troubling that “Guyanese continue to be left wondering who really negotiated on its behalf in 2016 with ExxonMobil.”

They cautioned that these unanswered questions, among many others about the oil sector, do leave one to wonder about the level of transparency that would be had from Guyana’s politicians when oil comes on stream.

The Oil and Gas Consultants concluded by appealing to civil society groups here to push for greater transparency mechanisms to be put in place to protect Guyana’s wealth.