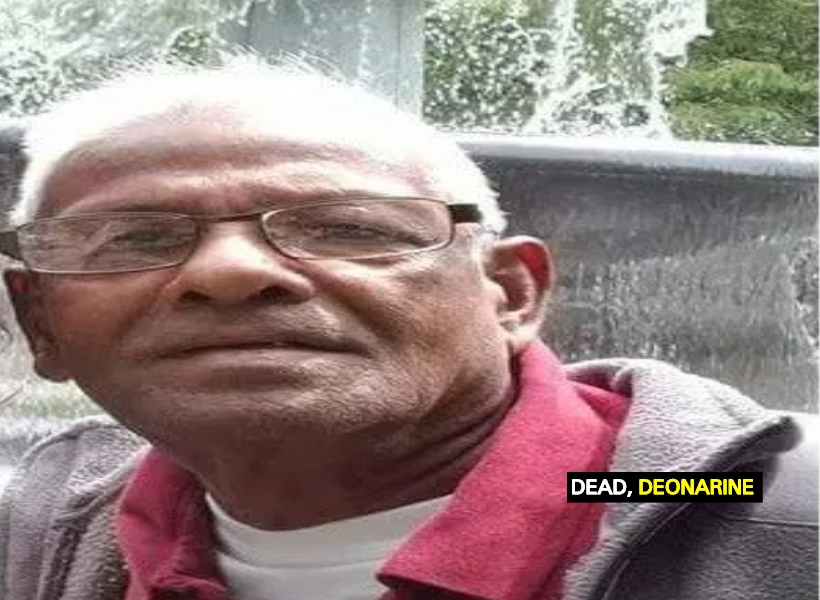 Investigators from the Guyana Police Force (GPF)’s Major Crimes Unit were able to get a major breakthrough in the murder of Pomeroon, Essequibo farmer, 73-year-old Deonarine called “Russian” last Friday.

This morning, the farmer’s younger girlfriend admitted to fatally shooting him during a sex romp in his Grant Maria’s Delight, Lower Pomeroon River home around 18:30 hrs on Friday.

According to information received, the woman claimed that she and the pensioner met about seven months ago when he hired her to clean his home and cook. The relationship started when the farmer made a proposal to her.

On Friday night, Deonarine went to collect the 46-year-old woman at Charity Housing Scheme. They returned to his home where she cooked and they ate dinner before retiring to bed.

The Guyana Standard understands that the woman told detectives that as she was about to sleep, the farmer requested that they had sexual intercourse. She agreed but the Russian wanted to go for round two in a very short space of time. When the woman refused, the farmer allegedly got angry and the duo got into a fight.

According to information received, the farmer began accusing the woman of having relationships with other men.

During the confrontation, the 73-year-old man allegedly armed himself with a knife and attempted to stab the woman but she claimed that she managed to wrestle him and the knife fell—she cut her hand in the process.

The woman further alleged that after she grabbed the weapon, it went off—fatally shooting the farmer.

Initially, she told detectives in Essequibo that the farmer was killed when a masked man stormed his home. Following the woman’s story, the ranks in that division, detained four men and interrogated them for 72 hours.

Failing to get results, the Guyana Standard was told that ranks from the Major Crimes Unit were asked to take over the case. It was handed over to the investigators in Georgetown on Monday and the woman confessed this morning.

She will be charged with murder soon.