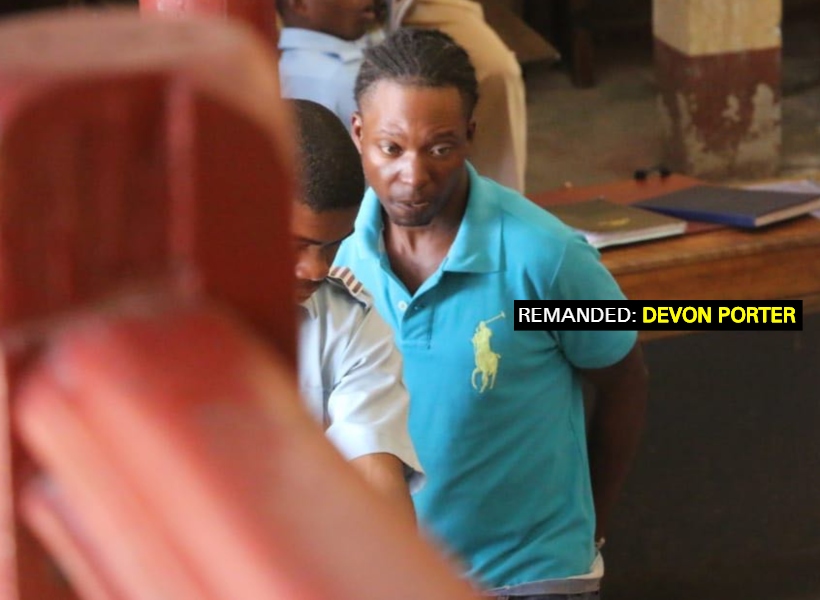 Following a high speed chase on Thursday, during which a 38-year-old taxi driver was caught by police ranks dropping a gun as soon as he exited a motorcar, the alleged perpetrator was brought to court this morning.

The man, Devon Porter of West Ruimveldt, Georgetown, found himself before the Georgetown Magistrates’ Courts where he faced charged for illegal possession of arms and ammunition.

Particulars of the first charge alleged that on August 09, 2018 at Howes Street, Charlestown, Georgetown, Porter had a .38 revolver in his possession when he was not the holder of a firearm license.

It was further alleged that on the same day at the same location, he had a.38 ammunition in his possession when he was not the holder of a firearm license enforced at the time.

Porter, who had no legal representation, pleaded guilty to the charges. He is not due back in court until September 07, 2018.

Porter was remanded to prison on the illegal firearm charge but was granted $20,000 bail for the illegal ammo charge.

Police, in a statement, said that ranks of a police mobile patrol commanded by a Corporal, in the Charlestown Community, observed the suspicious movement of motor car PWW149, which was being driven by a “known character”, with a male seated in the back.

As the patrol approached the vehicle in the vicinity of Russel and Howes streets, the ranks signaled the driver to stop but instead he accelerated and crashed into a post, on Link Street, Charlestown.

The occupants were ordered to exit the vehicle and during that process, the driver dropped a firearm which was immediately retrieved and found to be a .38 Smith and Wesson Revolver with a live round in its chambers.

As a result, the driver and the occupant, a 20 year-old unemployed resident of Campbellville Housing Scheme were taken into custody and the vehicle lodged.