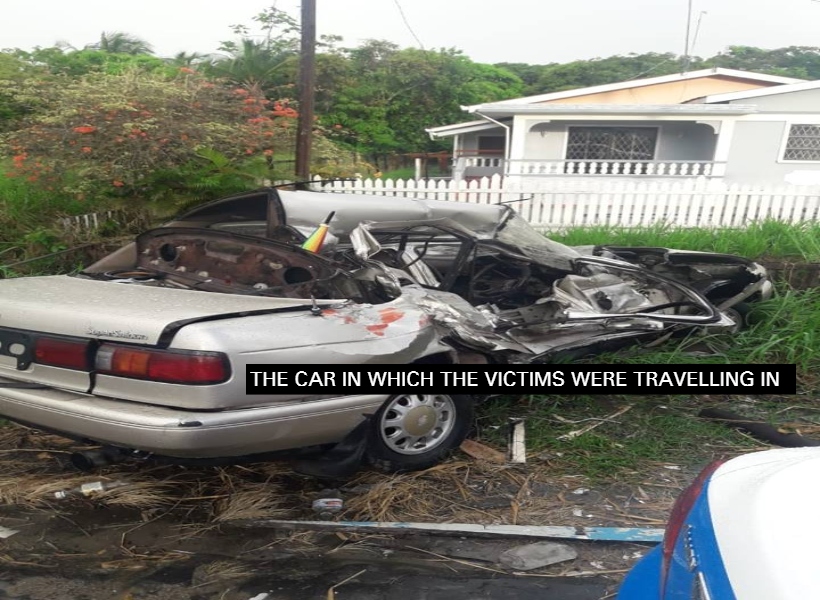 Three persons were killed and another is battling for his life after the car they were travelling in slammed into a parked lorry on the La Grange, West Bank Demerara (WBD) Public Road this morning at 04:20 hrs.

Jonar was the driver of the vehicle, PDD 7182, which crashed into the truck.

Twenty-two- year-old David Bourne of Goed Fortuin, WBD, is battling for his life at the West Demerara Regional Hospital. He is expected to be transferred to the Georgetown Public Hospital Corporation (GPHC) later this morning.

According to information received, the victims left a party at Stanleytown, WBD, and were heading to Goed Fortuin to drop off Bourne when the driver of the car allegedly lost control and collided with the parked truck.

The police said that the lorry was properly parked on the parapet of the western side of the road. Devon was allegedly driving the vehicle at a fast rate when he collided with the back of the lorry.

The driver and Hardyal died at the scene of the accident while the 20-year-old succumbed after.

The police believe all the victims were under the influence of alcohol.