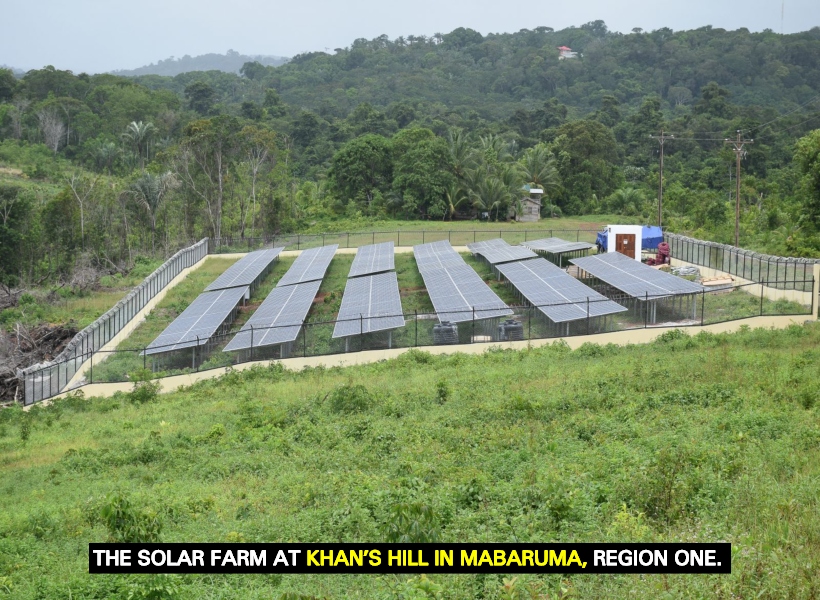 The first ever solar farm located at Mabaruma is expected to be fully operational by the end of this month. The government says the farm has been substantially completed with testing being carried out to efficiently integrate its electricity supply into the local grid system.

Seven hundred residents of Mabaruma are expected to benefit from 17 hours of clean and reliable electricity when the farm goes on line.

The farm in Region One covers 10 acres on Khan’s Hill and will provide power to Mabaruma and down to the Wanina area. Currently, the Mabaruma Power Company provides only eight hours of electricity per day.

According to the mid-year report, feasibility studies for the establishment of solar farms have so far been completed in Port Kaituma, Bartica, Lethem, Matthew’s Ridge, Mahdia and Kwakwani.

Following a recent visit to Norway by Minister of State, Joseph Harmon, Minister of Public Infrastructure, David Patterson and Minister of Natural Resources, Raphael Trotman and other officials, government has secured $80Million under the Guyana-Norway partnership agreement.

The money will be directed towards intensified efforts to achieving 100 percent renewable energy use.

To date, under the energy efficiency programme, a total of 11,273 LED lamps and 1027 motion sensors have been outfitted to government buildings. A total of 90 of said buildings – above the 74 target – will have solar photovoltaic (PV) panels installed by year-end.