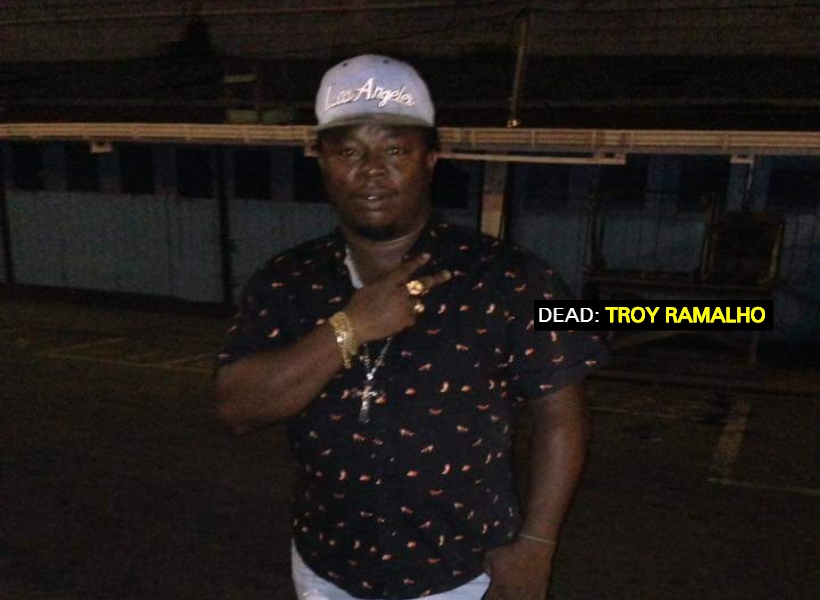 A 45-year-old man was shot dead around 23:00 hrs last night by three bandits who robbed him of his gold jewelry, cash and phone.

The deceased has been identified as Troy Ramalho, a vendor at the Bourda Market. He was shot once to the chest and succumbed before he could have reached the Georgetown Public Hospital Corporation (GPHC).

This morning, investigators were on the hunt for three men suspected of fatally shooting and robbing the vendor.

According to information received, the 45-year-old man had packed his stocks and was waiting on transportation to go home when he was confronted by the three bandits. It is alleged that the deceased tried to fight off the men when he was shot.

“A vendor said when he (victim) fall to the ground, the men stood over him and collected his rings and chains and they emptied his pocket before they ran away, ­” a police source said. The tragedy happened in full view of other vendors.

It is suspected that the attack on the vendor was planned since he was known to wear a lot of gold jewelry.

The Guyana Standard has been informed that detectives have a description of the alleged killers. However, they are hoping that surveillance footage in the area will help to better identify the suspects.