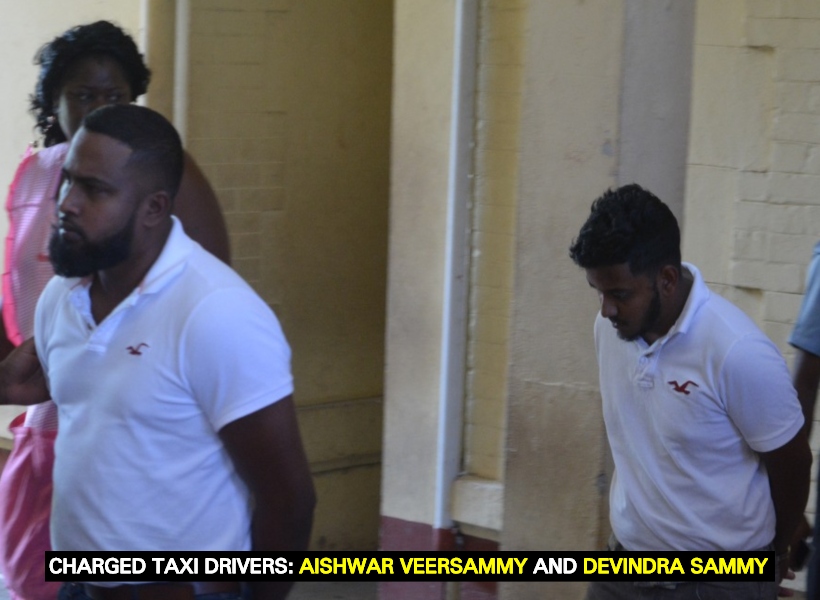 Two taxi drivers were each released on $50,000 bail after they appeared this morning before Chief Magistrate Ann McLennan, charged with illegal ammunition possession.

Particulars of the charges alleged that on August 19, 2018 at Farm East Bank Demerara, they each had a .9mm live ammunition in their possession when they were not the holder of firearm licenses.

The police, in a statement, said that the men were arrested after ranks at the Providence Police Station received reports of persons firing shots in the Farm Squatting area. During investigations, police said that two motorcars were found in the area and searches were conducted on each of them.

A single .9mm round was found in each of the two vehicles. Two spent shells of the same caliber of rounds were also found next to one of the vehicles. No firearms were found.

Back in court, Attorney-at-Law George Thomas petitioned for bail on behalf of the defendants. The lawyer told the court that neither of his clients are flight risks, nor do they have any pending matters before the court.

Attorney Thomas further went on to state that his clients are willing to abide by any conditions attached to bail, even if it entails them lodging their passports and reporting to the police station until the hearing and determination of the matters.

The lawyer added that on the day in question, police searched motorcar PVV 1984 for which Veersammy is the registered owner and motorcar PWW 9864 for which Sammy is the driver, and allegedly found the ammunition therein.

Police Prosecutor Deniro Jones made no objections to the men being released on bail.

He, however, requested that bail be granted in a substantial amount so as to ensure the men return to court for trial. In the end, Chief Magistrate Ann McLennan granted each of the defendants bail in the sum of $50,000.

The matters were transferred to the Providence Magistrates’ Courts for September 10, 2018.