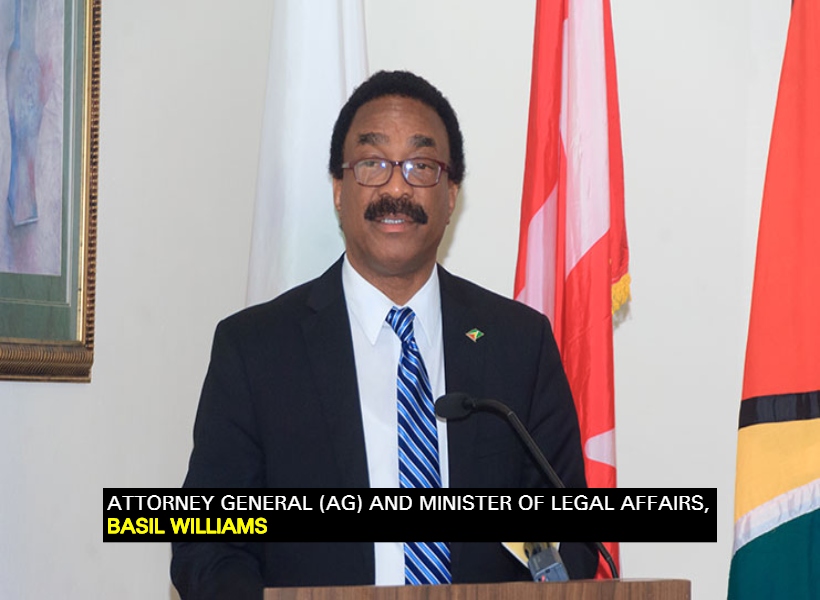 These measures, the AG said, include steps to reduce the prison population and the number of young persons who are incarcerated, looking at alternative sentencing and restorative justice, establishing legal aid services and improving probation services.

Importantly, the Legal Affairs Minister noted that government is also reviewing the treatment of mentally ill persons by the prison system. “It doesn’t help that you take them and you throw them in the general prisons with everyone else.” Such persons, the AG said, should not be treated in the same manner as mentally stable prisoners.

Under an Inter-American Development Bank (IDB) project, the government is engaging a consultant and a report will be submitted shortly, AG Williams disclosed.

Williams noted that government is exploring funding options for training in relation to the Cyber Crime Legislation.

He said the IDB was approached about funding in this regard for the training of police officers, prosecutors, magistrates and judges.  But due to “donor fatigue” suffered under the previous regime, the IDB was unable to provide funding.

The Whistleblower and Juvenile Justice Legislation which were passed in the National Assembly also require funding to move to the implementation stage and the government is also exploring options, he added.