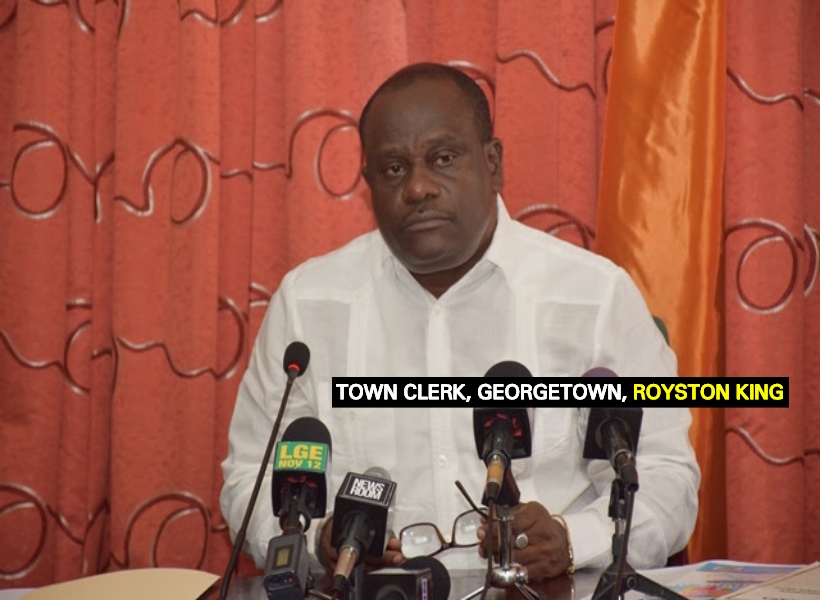 Eighty-nine vendors who ply their trade at the Stabroek Market Wharf had their operations ceased due to the untenable state of the jetty. This was disclosed by Town Clerk of Georgetown Royston King during a press conference in the chambers of the City Council today.

King said a 14-day cease order notice was given to all who operated businesses at the market following a structural inspection by the City’s engineer Colvern Venture. His findings deemed the environment unsuitable for vending and recommended that the entire wharf will be closed to the public within the next week.

“This is being done to protect the lives of those who ply their trade at that wharf which has collapsed on two different occasions.  Anyone who is not a stall holder will not be allowed to linger at that facility. The situation is life-threatening,” the Town Clerk underscored.

When questioned by the media as to whether or not the council had taken into consideration that such persons stand to face tremendous loss, King doubled down on his statement stating that protecting lives comes first.

“They have a right to earn a living but the first right is the right to life and that is the first right we wish to protect… The citizens who support the vendors are also endangering their own lives when they venture upon that wharf” the Town Clerk stated.