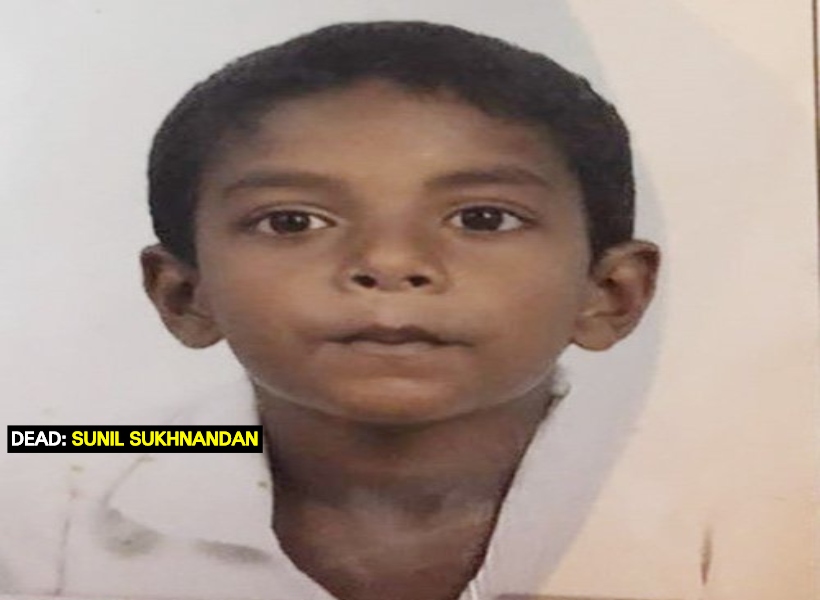 A seven-year-old boy was killed and his older sister is battling for her life at the Georgetown Public Hospital Corporation (GPHC) after they were both struck down by a speeding car last night on the Ogle Public Road, East Coast Demerara (ECD).

The accident happened sometime after 20:30 hrs.

The dead child has been identified as Sunil Suknandan of Old Road, Ogle. His sister is 17-year-old Venisha Suknandan.

According to information received, the siblings were crossing the road with a bicycle to go to the Ogle Gas Station when they were struck down by the car, PKK 4837—driven by a woman. The driver has been detained.

“They said my children get knock down and me and meh wife run to the area but they were already taken to the hospital,” the man said. He added when he got to the hospital, medical practitioners were preparing to send the teen for a CT scan.

“My son was already dead. They said he died on the spot,” the man said.