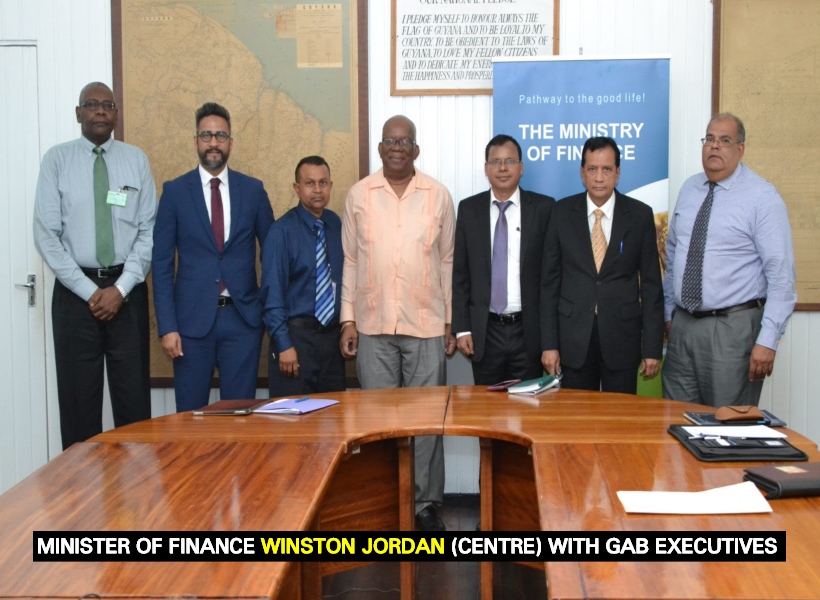 Minister of Finance, Winston Jordan ended his series of 2019 National Budget consultations, at the ministry’s boardroom today. The minister and his team met with the Guyana Association of Bankers (GAB).

Sammy described the meeting as very fruitful. He said, “We are looking forward to working very closely with the Minister of Finance and the government.”

The GAB President said the discussion focused on incentives for renewable energy, the ‘Green Economy’ in business as well as the deepening of the financial services sector for it to be able to offer greater investment, not just for corporations but for individuals.

The modernization of the financial services sector was also mooted, with a greater use of technology.

The Finance Minister, in closing, said the presentations ranged from the traditional to the new. He explained that the consultations will be reviewed and further discussed, “to see what is feasible for 2019.”

Minister Jordan added that he was quite enthused with the tone of the proceedings, “Both parties were mature as it relates to our engagements and interactions with each other.”

Budget 2019 consultations began on September 6 at the Finance Ministry’s boardroom. Submissions were made from a wide cross-section of various sector stakeholders. Budget 2019 will be presented in November, on a Monday as is traditional, according to Minister Jordan.