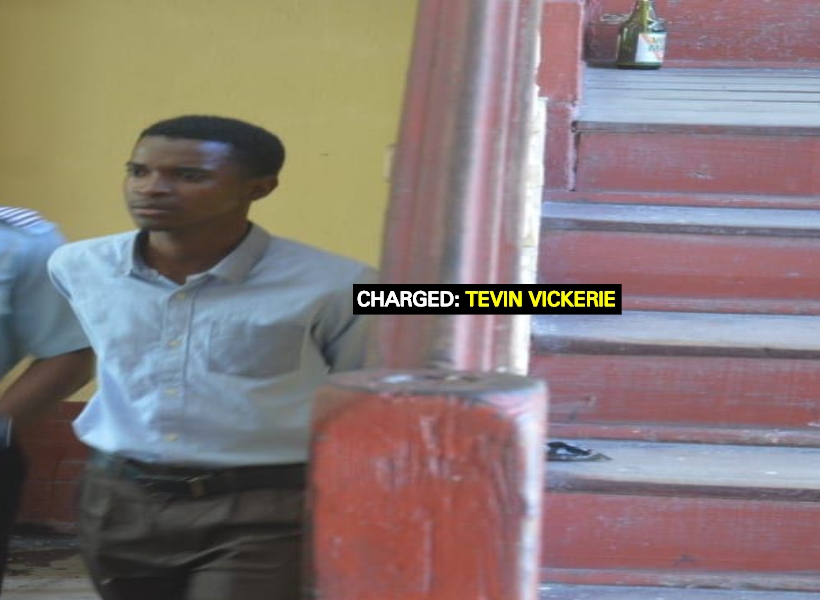 A taxi driver accused of driving to an unknown location and engaging in sexual penetration with a 13-year-old was this afternoon arraigned before a City Magistrate.

He was not required to plea to the charge which stated that between January 1 and January 31, 2018, at Soesdyke, Linden Highway, he engaged in sexual penetration with a child under the age of 16.

According to information, the defendant and the teen are known to each other since they were involved in a relationship which lasted for one year.

The court heard that the taxi driver would normally pick the teen up from school and drop her home.

It was reported that during the periods mentioned in the charge, the defendant picked up the teen from school and was taking her home when he drove past her home and into a lonely area.

It was then that Vickerie locked the car doors and raped the teen who was seated in the back seat of the vehicle.

After raping the teen, the taxi driver dropped her home.

While at home the teen complained to her parents about having severe abdominal pain.

She was then questioned and told them what had transpired.

The matter was then reported and an investigation was carried out, hence he was arrested and charge for the offence.

The Magistrate, after listening to the Prosecution’s facts released the taxi driver on $400,000 bail.

He was also told by the Magistrate to not make contact with the victim or her family until the completion of the trial.

Vickerie was instructed to make his next court appearance on September 19, 2018.