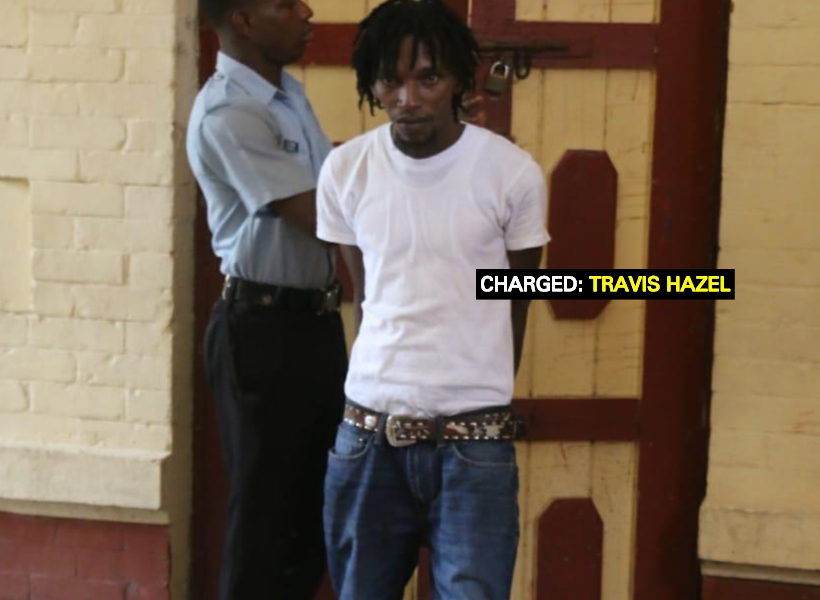 A 32-year-old man, who is accused of fatally another man with a piece of wood, was this afternoon charged and remanded to prison.

Travis Hazel called “ Fifty”, vendor of Linden, was charged with the murder of Leron Barron who was killed last week Saturday.

The allegation stated that on September 15, 2018, at Co-op Crescent, Mackenzie, Linden, Hazel inflicted injuries upon Leron Barron which caused his death.

Hazel was not required to plead to the indictable charge after it was read to him by the Magistrate.

Attorney-at-law Stanley Moore told the court that his client is a father of one and has no pending or previous matters in any courts.

According to information, on the day in question, the now deceased was attacked by the defendant and beaten with a piece of wood after he accused his assailant of dealing in cocaine.

It was reported that Hazel, who was armed with a piece of wood, dealt Barron a lash to his head and other parts of his body then fled the scene.

Barron fell to the ground in an unconscious state and was picked up by public spirited persons who rushed him to the Linden Hospital Complex.

Barron was pronounced dead on arrival at the institution.

A Post Mortem conducted on the deceased body revealed that he died as a result of brain haemorrhage.

However, Police Prosecutor, Simone Payne disclosed that the Prosecution file is incomplete and asked for time to complete it.

The Magistrate, after listening to the Prosecutor,  remanded Hazel to prison.

He was instructed to make his next court appearance on October 8, 2018 at the Linden Magistrates’ Courts, where the Preliminary Inquiry (PI) will be conducted.