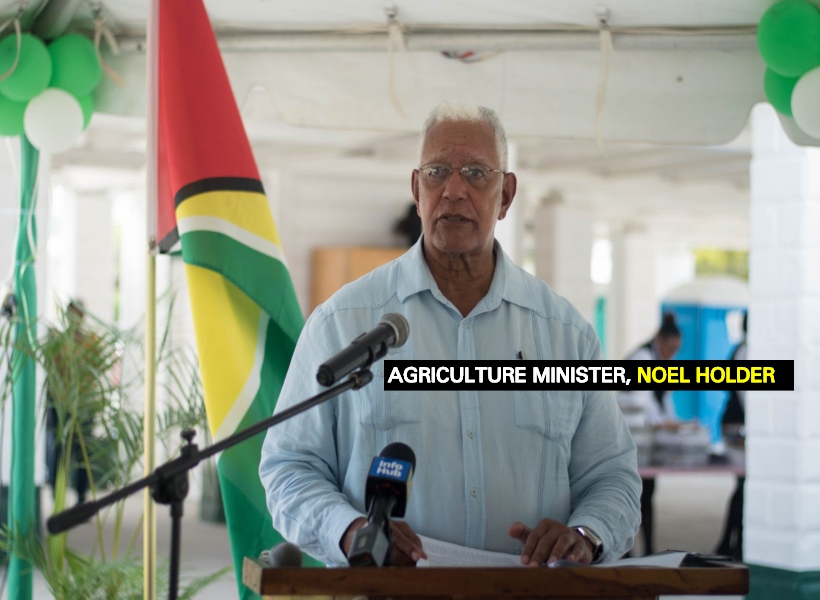 At a brief commissioning ceremony, Friday last, Minister of Agriculture, Noel Holder said the plan is to locate several agricultural agencies in one compound and to bring them in proximity to those housed at Mon Repos. He noted that this will allow for greater coordination and collaboration among agencies.

“For instance, NAREI has a Mangrove Restoration Project which aims to augment Guyana’s sea defences by protecting, restoring and managing the natural coastline barrier provided by our mangrove forests. This project by its very nature contributes to flooding risk management and should be coordinated with the Drainage and Irrigation infrastructure as mangroves provide added flood protection via sea defence…,” Minister Holder said.

Meanwhile, Frederick Flatts, NDIA’s Chief Executive Officer (CEO), said construction of the new facilities costing $107.3M comes after years of the agency shifting from place to place and being housed in cramped conditions. “We have refurbished four buildings as well as constructed a building to house a new generator water trestle. This project involved five contractors,” Flatts explained.

The NDIA’s move to GuySuCo’s LBI compound is in keeping with plans to utilize the facilities of the now-closed estate for centralizing many of the agricultural agencies housed in detached locations around the region.

Recently appointed CEO of GuySuCo, Dr. Harold David Jr. who is also the Chairman of the NDIA Board of Directors, welcomed the move by the authority, adding that GuySuCo has a range of facilities that will be beneficial to NDIA.