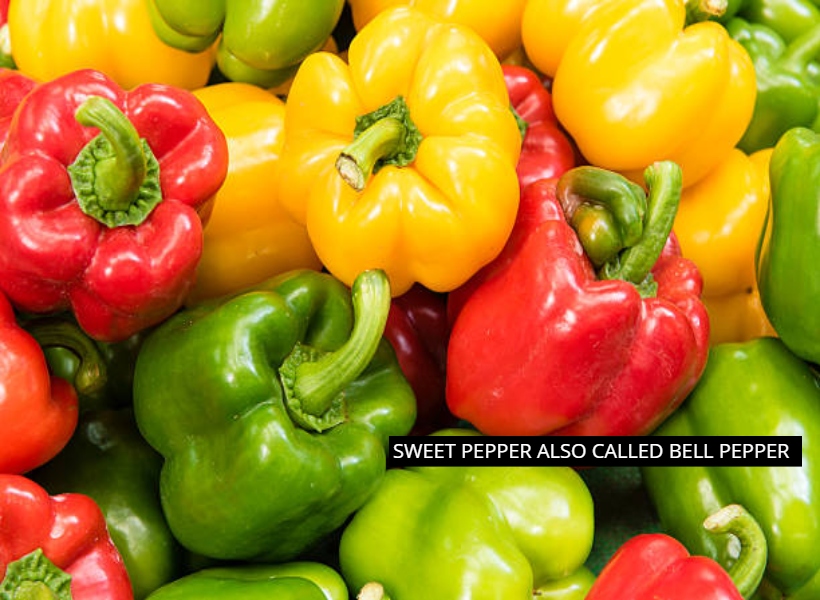 n 2017, farmers were able to supply the local market with $20M worth of sweet peppers.  This is as the National Agricultural Research and Extension Institute (NAREI) continues to focus on increasing crop production and enhancing diversification.

The pepper, which is available in different colours, was introduced to the local farmers five years ago when NAREI recognized that a high demand for the commodity was contributing to the country’s growing food import bill.

As a result of this, the Institute’s Chief Executive Officer, Dr. Oudho Homenauth said that seeds were imported and a number of varieties were tested to determine which would be more suitable for the weather condition here.

At the end of the testing phase, Dr. Homenauth indicated that Aristotle, Jade and Early Sunsation were identified as the most feasible varieties. Farmers were then introduced to the new commodity and training was provided.

“The emphasis is on the reduction of importation and sweet pepper was one of those commodities we were importing. We first had California wonder (sweet pepper variety) but then you had all these different colours so we tried them and later introduced the varieties to farmers,” Dr. Homenauth said.

The Guyana Standard was told that when the crop was first introduced, 3503 kilograms were produced in 2014 followed by 22,748 the subsequent year. Since its introduction to the local market, NAREI has not issued any importation permits.

Those who were importing the commodity are now purchasing from local farmers. Dr. Homenauth explained that the pepper is a high priced commodity. In 2017, farmers supplied the market and as a result, $20M remained in the country.

“This is what we want; for the money to remain in Guyana, among the local farmers,” NAREI’s head related.

Further to this, Dr. Homenauth said that crop diversification is one of the things the institute has been working on. He said that it is projected that non-traditional crop production will increase by at least 2.5 percent by the end of 2018.

To aid in the diversification process, NAREI has been partnering with a number of local and international agencies including Promotion of Regional Opportunities for Produce through Enterprise and Linkages (PROPEL).