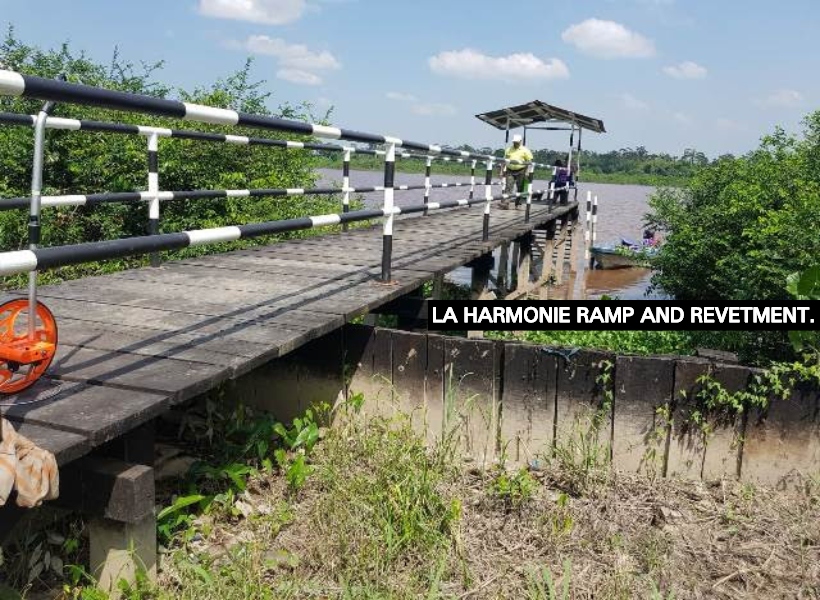 The communities of La Harmonie and Endeavour, located about 15 and 20 miles respectively up the Demerara River on the West Bank, are the beneficiaries of two newly constructed River Ramps valued at $12M.

The two riverine communities are only accessible by boat from either the West Bank or Timehri on the East Bank of Demerara.

The construction of the ramps follows representation made by residents of both communities to Regional Executive Officer, Denis Jaikaran, approximately five months ago.

Both delegations spoke about the deplorable ramps and great difficulties school children, pregnant mothers, and senior citizens endured when travelling. The situation was described as inhumane by one resident as they collectively pleaded for assistance.

The residents expressed their appreciation for the timely intervention while noting the relief it has brought the residents, especially the children and women. Jaikaran assured the residents that he is a servant of the people and assured of more frequent visits to the communities.